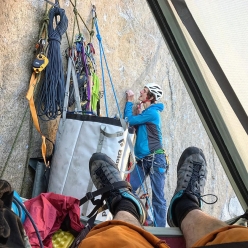 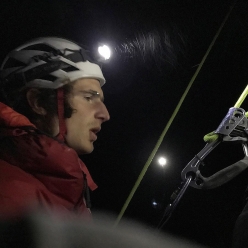 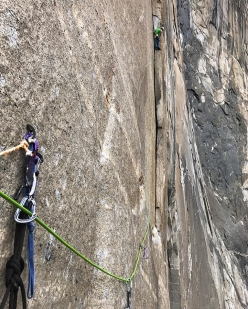 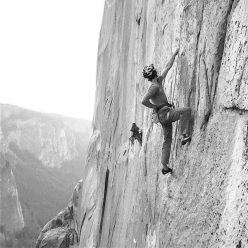 Our third update regarding Adam Ondra and his progress on 'Dawn Wall', the big wall on El Capitan in Yosemite, USA. The Czech climber has climbed to the top of El Capitan and unlocked the sequence to the crux pitch on this extremely difficult big wall freed by Tommy Caldwell and Kevin Jorgeson in 2014/2015.

The various pieces of the puzzle called Dawn Wall are slowly fitting into the right places for Adam Ondra, who yesterday on El Capitan overcame one of the last big hurdles that stand in his way prior to attempting a ground-up push of this enormous big wall: he unlocked the sequence to the infamous 14th pitch, the one which is reckoned to be the crux of the entire route.

Ondra has made significant progress since we left him a week ago. First of all, the Czech climber decided to try not only the lower and central sections of the climb, but also the upper section and so together with Pavel Blažek he pushed on up to the summit of El Capitan. Ondra did so at great speed, onsighting the majority of the pitches and returning down to valley and Camp 4 the next day. This is an impressive performance in its own right, as was underlined by the comment "Badass" from Kevin Jorgeson. Jorgeson knows better than most just how difficult this was, seeing that together with Tommy Caldwell he made the first free ascent over 19 days in December 2014 and January 2015.

After having rested Onda and Blažek then ascended the fixed ropes, hauling 20kg of gear to their portaledge camp at mid-height. Then in the evening and well into the night, when friction conditions improved, Ondra set to work on the missing link: the 14th pitch, that long and delicate traverse leftwards.

Yesterday Ondra exclaimed the following "… I finally have a satisfying beta at least." explaining "On my last go, with no skin and really tired, I slipped on the first boulder, but continued straight away to the anchor. I am quite confident that next time it should work out."

It’s clear that it’s still early days to talk about his ground-up repeat attempt, about what has been defined online as "yhe final push", but given time, patience and perseverance what initially seemed almost impossible is slowly taking shape and becoming a reality. Only a few days ago the 23-year-old stated frankly "the complexity and difficulty of the whole climb is just shocking to me. I might have been too optimistic, but I definitely expected it to be easier… Hats off to Tommy and Kevin, who believed that the whole climb was possible before they free climbed. Without having the beta, some of the sections look just impossible. I have the advantage that I know that the climb is possible and that helps me to keep the faith that I might be able to do it as well. I am humbled and impressed by what Tommy and Kevin did!"