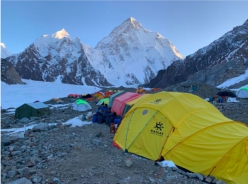 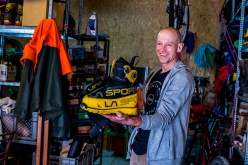 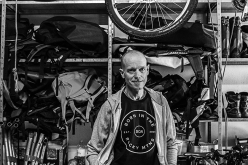 The video of Austrian mountaineer Max Berger paragliding off the Shoulder of K2 at an altitude of almost 8000m.

After having summited Broad Peak and having flown his paraglider from Camp 3 at 7100 meters, Max Berger has now launched off the Shoulder of K2, at an altitude of almost 8000 meters. The Austrian mountaineer had attempted to reach the summit of K2 via the Cesen Route but conditions at the Bottleneck have proven prohibitive; there is talk of unsuccessful efforts by Sherpa for more than 12 hours over 3 days to fix ropes.

After two days waiting at Camp 4 at 8400m, Berger decided to carry out this flightfrom the Shoulder. Although many expeditions appear to have abandoned their summit push, others remain put including America’s Adrian Ballinger and Ecuador’s Esteban Mena who are currently still planning on reaching the 8848m high summit without supplementary oxygen.