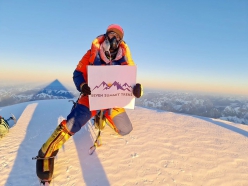 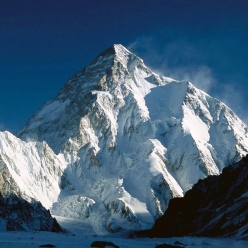 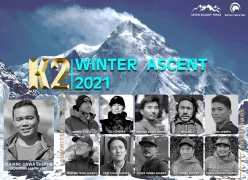 PORTFOLIO / gallery Portfolio: K2, all 10 summiters of historic first winter ascent safely back in base camp

K2, all 10 summiters of historic first winter ascent safely back in base camp

All ten Nepalese mountaineers who climbed K2 for the first time in winter yesterday have returned safely to base camp. The news was announced by expedition leader Chhang Dawa Sherpa.

The ten Nepalese mountaineers who yesterday reached the 8611m summit of K2 for the first time in winter have descended safely to base camp. As reported, the 9 Sherpas and Nirmal Purja gathered ten meters below the summit and reached the highest point at 4:58 pm all together. After the understandably elation on the summit they descended together to Camp 3. From here Sona Sherpa and Gelje Sherpa impressively continued on down to BC while the other eight, after a night resting at Camp 3, returned safely to Base Camp a short while ago. This was announced by expedition leader Chhang Dawa Sherpa of Seven Summit Treks, and confirmed a few minutes ago by Nirmal Purja.

The safe return to BC ends one of the most exciting chapters for Nepalese mountaineering, which after this impressive demonstration of skill, paves the way for a new era of climbing the highest mountains in the world. It seems fitting that after the first ascent of the highest mountain in the world in 1953 at the hands of Nepal’s Tenzing Norgay and New Zealand’s Edmund Hillary, the first ascent of the last mountain to be climbed in winter was carried out by a team of incredibly competent Nepalese mountaineers who, despite belonging to three different expeditions, worked together as a highly efficient, cohesive unit.

Their success is absolutely deserved and is far greater than anyone could have dreamt; the speed with which they responded to the devastating storms that destroyed the upper camps is astounding. For the record, that there is still no official news from the Nepalese about the use or not of supplementary oxygen by the Nepalese.

Unfortunately this joy is tainted by the death of Sergi Mingote, the Catalan mountaineer belonging to a different expedition who died while descending from Camp 1 to Advanced Base Camp. His body has already been recovered by the Sherpas and transported by helicopter to Skardu. There are no words to describe the infinte pain that accompanies his loss.