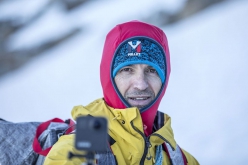 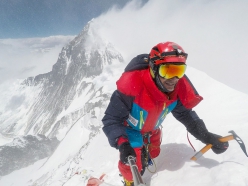 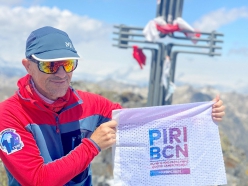 The euphoria of the historic first winter of K2 is, unfortunately, extremely short-lived: a few hours after news of the successful summit at the hands of 10 Nepalese mountaineers, the devastating news just in is that Sergi Mingote died earlier today. The 49-year-old Spanish mountaineer was attempting to climb the second highest mountain in the world without supplementary oxygen.

According to information provided by Chhang Dawa Sherpa from Base Camp, Mingote suddenly fell while descending from Camp 1 (6050m) towards Advanced Base Camp.  Chhang Dawa Sherpa explained "Alex Gavan, Tamara and two other Polish climbers gave him help in ABC, we sent medical team from Basecamp but unfortunately could not save him anymore. We where informed by unexpected movement on his gps tracker and could see he made a big fall, members at the site quickly confirmed the accident, but couldn’t do much to help him anymore. Deep condolences."

The expert Catalan had climbed seven 8000ers without supplemantary oxygen at a mind-boggling speed: Broad Peak, K2 and Manaslu in 2018, Lhotse, Nanga Parbat, Gasherbrum II and Dhaulagiri in 2019, as well as Everest from Tibet in 2001 and from Nepal in 2003.