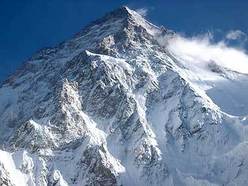 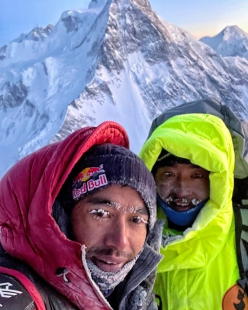 The attempt to climb K2 in winter is entering the decisive moments, with Camp 4 installed at 7800 meters by the various Sherpa teams led by Nirmal Purja, Mingma Gyalje Sherpa and Seven Summit Treks.

The attempt to make the first winter ascent of K2 has entered its final phase and the next few days, indeed the next few hours, will prove absolutely decisive. After high winds had scourged the mountain and completely destroyed Camp 2, the various expeditions managed to group together and make a coordinated effort in order to continue their attempt at the historic first winter ascent of the second highest mountain in the world. Yesterday and today the Sherpas belonging to expeditions led by Nirmal Purja, Mingma Gyalje Sherpa and Seven Summit Treks managed to ascend the mountain in record time fixing Camp 2, establishing Camp 3 at 7350m and fixing ropes to establish Camp 4 at 7800 meters. At present it is unclear if this was carried out with or without the use of supplementary oxygen.

This is the highest altitude ever reached in winter - until today this "record" had been held by Denis Urubko and Marcin Kaczkan who in 2003 had reached 7650 meters on the north side of the mountain, climbing, it has to be said, without supplementary oxygen - and as the post published a short while ago by Mingma G illustrates, this now means that the climbers can see the final part of the route. In the photo taken from K2’s Shoulder, the infamous huge Serac looming ominously over the route and the Bottleneck at 8200 meters are clearly visible; once past this narrow gully, the mountaineers will have to make the long Traverse left before continuing along the upper slopes to reach the summit of the Savage Mountain.

As reported, there are many other climbers vying for the only 8000er that has not yet been climbed in winter, such as Sergi Mingote, John Snorri, Muhammad Sadpara, Sajid Ali Sadpara and Magdalena Gorzkowska, but also Tamara Lunger and Alex Gavan (attempting K2 without supplemental oxygen), and obviously these climbers are also currently making their way up the mountain. There is a widespread and not unfounded fear that the mountain may become overcrowded, especially the upper camps which are small and mercilessly exposed, while as always the weather and strong winds at high altitude remain the biggest question mark.

The latest update was made just a few minutes ago, by Nims Nirmal Purja, who stated in no uncertain terms: "The combined effort from the teams made some remarkable progress this afternoon. As per the mega plan, big well done to our team lead by Mingma G with Mingma Gyabu Sherpa (David), Mingma Tenzi Sherpa and Sona Sherpa (SST) for successfully fixing lines up to Camp 4 at 7800m, The Highest Altitude Ever Gained at K2 in Winter! Later today, I will be leading the fixing team to the summit. We hope to stand on the summit together."