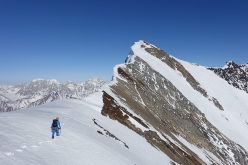 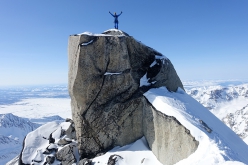 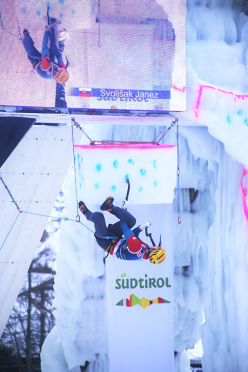 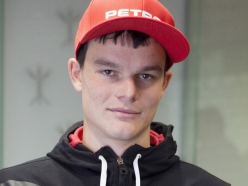 Janez Svoljšak, goodbye to the promising climber from Slovenia

Slovenian alpinist Janez Svoljšak passed away on 15 July at base camp while on an expedition to climb Tahu Rutum (6650m), Karakorum, Pakistan. The promising mountaineer was just 25 years old.

Janez Svoljšak used to be one of the best athletes on UIAA ice climbing World Cup circuit, where he competed from 2012 until 2017. During the last 3 years he devoted his life to traditional alpinism and became one of Slovenia’s most promising young climbers, with fast ascents of difficult mixed routes to his name.

Svoljšak’s ice climbing career took off in 2014 when won the Youth World Championship at Champagny, France. From then on he became one of few athletes who regularly succeeded in making the finals.

Svoljšak placed second in the Saas Fee stage of the 2016 World cup and just a week later won the Rabenstein stage in Italy, where he was also crowned European championship. He placed third in the Ice Climbing World Cup ranking in 2016.

After the 2016/2017 competition season Svoljšak’s focus shifted back to alpinism. Nevertheless he remained involved in ice climbing competitions, coaching the Slovenian team and working as a route setter for the European cup event in Domžale.

His notable ascents include Saphira M15, the Innominata Ridge on Mont Blanc solo in a day, the Schmidt route up the Matterhorn solo in a day, as well as five new routes above the Revelation glacier in Alaska in earlier this year.

According to Slovenian news reports, Svoljšak died in his sleep while at base camp while on an expedition to climb Tahu Rutum (6650m), Karakorum, Pakistan. Together with Sara Jaklic he had planned on climbing the West ridge in alpine style.