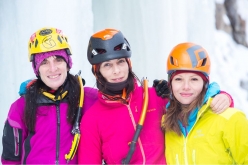 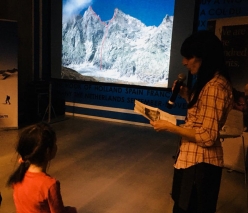 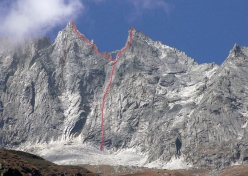 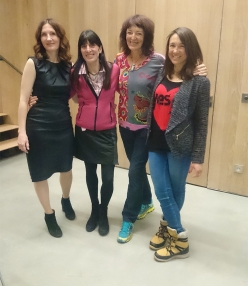 The women’s expedition comprised of Anna Torretta, Cecilia Buil and Ixchel Foord has won the main grant of the First Ascent Expedition Award promoted by the Grit & Rock Award foundation aimed at promoting female first ascents. The expedition will attempt the unclimbed Mugu Peaks in Nepal in October.

At the start of February Italian alpinist Anna Torretta received an email from Masha Gordon announcing that she and her team composed of Cecilia Buil and Ixchel Foord had won the First Ascent Expedition Award of the Grit & Rock Award, consisting in a $ 4,000 grant towards their mountaineering project in Nepal entitled Mugu Peaks Expedition.

The First Ascent Expedition award was established in 2016 by the Grit & Rock foundation to promote promote female first ascents thanks to Masha Gordon, a highly successful business woman. The USD 10,000 award is the most important of its kind for funding female projects and is split into three categories:

Performance: this category is reserved for ambitious high-altitude ascents where the degree of difficulty of the project is carefully matched by a well-demonstrated skill.

Exploration:
this award category is reserved for beautifully crafted and well thought through projects on a smaller scale, such as exploration and mapping of new routes in remote areas of the world.

Apprenticeship/Special Prize:
this category is reserved for projects aimed at advancement of alpine skills and independence of those who are making further steps in their climbing career. Past example of such projects include a route performed alpine-style by a Nepali female guide who has previously climbed only with the use of fixed ropes under supervision of another accomplished climber.

Anna Torretta applied for Performance category with Spain’s Cecilia Buil and Mexico’s Ixchel Foord. The October expedition aims to climb the Mugu Peaks, a big wall located in the North-West region of Nepal in the Karnali district. The stated objective is to reach the characteristic eye that joins the two Mugu peaks - the highest is estimated at 5430 m - and climb both summits. The two mountains have never been climbed before and in 2017 a German expedition failed early on in its attempt, but brought back the photo of the face which was subsequently published in the American Alpine Journal. The face up to the characteristic "eye" is 500m high.

Second prize went to the Americans Whitney Clark and Josie McKee and Switzerland Caro North who received $ 3,000 from the Performance Award for a planned new route up Mount Arjuna (6,230m) in the Indian Kishtwar province. America’s US Katie Bono and Ilana Jesse received $ 2,000 for a virgin ascent in the Hayes range in Alaska.

The $1,000 Apprenticeship award went to 22-year-old Nina Neverov from France and 20-year-old Alena Panova from Russia for a new route on Chon-Tor (4180m) in Kyrgyzstan. The mountain was first climbed by a Russian team in 2016.

The international jury was composed by Masha Gordon, by Christian Trommsdorff from France, Lydia Bradey from New Zealand and Victor Saunders from Great Britain

To learn more about the expeditions and the award visit www.gritandrock.net or FB Grit & Rock