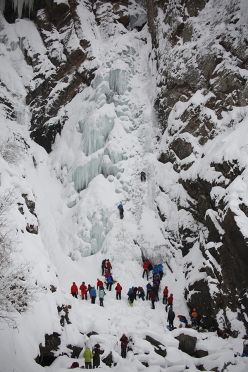 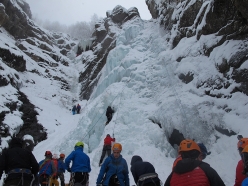 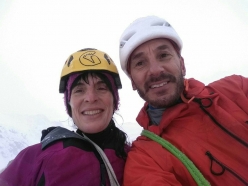 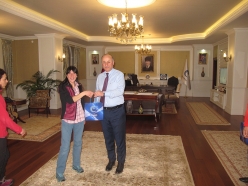 PORTFOLIO / gallery Portfolio: Erzurum and the Ice Climbing Festival in Turkey. The report by Anna Torretta

Erzurum and the Ice Climbing Festival in Turkey. The report by Anna Torretta

The 4th International Ice Climbing Festival in Erzurum, Turkey's only ice climbing fest, has just come to an end. The meeting takes place in Eastern Anatolia, on the border with Armenia in NE Turkey, where the city of Erzurum is an important international sports hub as well being home to a renowned university.

The Province and Municipality have believed in the area’s ice climbing potential and have consequently invested heavily in the meeting, inviting climbers from all parts of the world to raise awareness about the region and to underline Turkish hospitality.

The festival is for "famous" and “not famous” climbers alike and offers icefalls of all difficulties, from grade III to grade VI.

Ice climbing is currently a niche sport in Turkey and Cetin Bayram, the festival organiser and Jack-of-all-trades, deserves all praise. Unfortunately, due to global warming not many big drips formed this, meaning that the easier ones were literally assaulted by the highly motivated Turks.

This year the international guests included Spain’s Cecilia Buil, Mexico’s Ixchel Foord, French superstar Jeff Mercier, the Germans Jost Kobusch and Raphael Schardt, as well as mountaineers from Kazakhstan, Kyrgyzstan, a “no big” group from Greece and myself.

During the meeting we managed to climb two new icefalls. The first, Cetin (WI5-, 25 m) was established solo by Jeff Mercier in the valley of Kirazli, the Valley of cherries, by climbing up on the left up a hanging drip, and I then climbed a line on the right. The second icefall is located circa 10 km from Usundere. It’s the closest of all, is called Olga (WI4 50 m) and is dedicated to Olga Gorozhanina. I made the first ascent with Alberto Barbieri, accompanied by the whole group of Turkish women.

To all those who reading this report: the festival is worth supporting, I recommend you do take part and next year you’re all invited to Erzurum in Turkey!