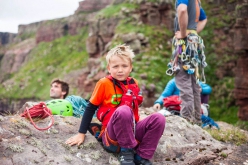 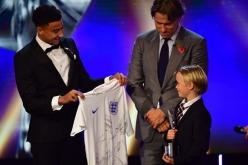 The Old Man of Hoy
Photo by A. Fioretti, G. Todesco

8-year-old Edward Mills, who raised over € 30,000 against cancer with his ascent of The Old Man of Hoy in Scotland, has won the prestigious annual 'Young Fundraiser of the Year - Pride of Britain Awards'.

Remember Edward Mills, the 8-year-old who last June climbed the Old Man of Hoy, one of Britain's most famous rock climbs, in order to raise money in the battle against cancer as his mother had been diagnosed with terminal breast cancer?

We reported about Mills’ ascent of the famous sea stack off the Orkney Islands in northern Scotland not so because he had become the youngest person to do so, but because he had succeeded in raising over € 30,000 which were subsequently donated to Climbers Against Cancer, the international charity founded by the late John Ellison.

Mills' actions did not go unnoticed and a few weeks ago he received the prestigious "Young Fundraiser of the Year - Pride of Britain Awards” accolade, a famous British award that has been celebrated annually since 1999. Sincere congratulations to Mills and to all those who made this happen. His mother, we are certain, would have been very, very proud.

OLD MAN OF HOY
First ascended in 1966 by Chris Bonington, Tom Patey and Rusty Baillie, the 137m high red sandstone tower is one of the tallest stacks in Britain and over time it has come come to symbolise British rock climbing.

To find out more justgiving.com, thebmc.co.uk, Climbers Against Cancer, prideofbritain.com