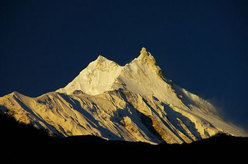 On Saturday night a devastating avalanche swept through the high Camps on Manaslu. Numerous alpinists have died, including Alberto Magliano from Italy. The tragic outcome is still uncertain, at present there are at least 11 confirmed dead but many more alpinists are still missing.

"I counted at least 13 dead, but it's likely there are more buried below." This, as many news reports have published, is what Italian mountaineer Silvio Mondinelli is said to have told Sky Sport about the devastating avalanche which on Saturday night swept through Camp 3 and part of Camp 2 located the "normal" route of Manaslu. According to the Italian press agency ANSA, among the dead there is also the Italian mountaineer Alberto Magliano.

As always happens in tragedies of this sort, the situation is currently confused and the exact magnitude of this disaster is still unclear, but what is certain is that this is one of the most serious Himalayan disasters of all times. Until a few hours ago the official toll spoke of 9 dead, while other sources cited 11 deaths and numerous missing climbers. It seems as if 35 alpinists were in the camps struck by the avalanche, including Alberto Magliano taking part in the Silvio Mondinelli expedition. What is certain is that Mondinelli and his companion Christian Gobbi were involved in the avalanche but are safe and descended to Base Camp, where they were met by Marco Confortola.