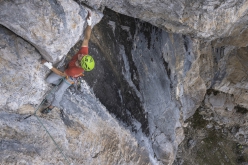 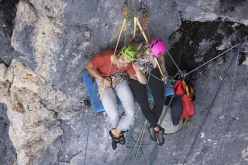 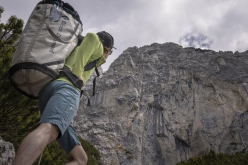 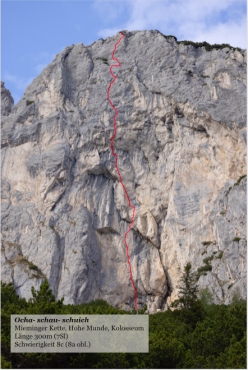 Schranz, who has previously redpointed 8c+ and 8b trad, and who has new routes to his name from Kyrgyzstan to India, established the route over a period of 20 days spread out over three years. He returned with Michaela Koller for the first free ascent.

With pitches graded 8a, 8b, 8b+ and 8c Ocha-Schau-Schuich, which means fear of heights in the local dialect, certainly won't be witnessing many repeats in the near future. Also because, despite being partially protected by bolts, according to Schranz his new line in the heart of the Tyrolean Alps that offers "numerous hard sequences on traditional gear."