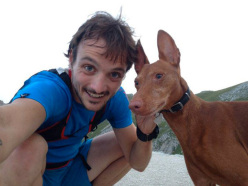 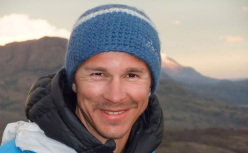 On 24/09/2014 an avalanche on Shisha Pangma (8027m), Tibet, claimed the lives of Italian alpinist Andrea Zambaldi and German alpinist Sebastian Haag. Martin Maier, the third alpinist caught by the avalanche that triggered shortly below the summit, managed to survive.

On 24 September, during the a second attempt to reach the summit of Shisha Pangma by the Double8 expedition - which aimed to climb two 8000ers in 7 days completing the 60km between Shisha Pangma and Cho Oyu on a mountain bike - an avalanche claimed the lives of Sebastian Haag and Andrea Zambaldi. Here is the message sent by Benedikt Böhm from Base Camp:

Being the first climbers above C2, the team had to continuously break trail through rough conditions. At 06:50 the team was only one hundred vertical meters below the summit. The spirit and motivation was high, as the team was very well working together and moving at the same speed. They were sure reaching the summit at 08:00.

At 06:55 (Nepalese time) Sebastian and Andrea were caught in an avalanche at 7.900m, just 100m below the summit and were dragged for 600m vertical, over steep glaciers, into another section of the mountain.

Andrea Zambaldi and Sebastian Haag were much loved and worked for the Salewa group.