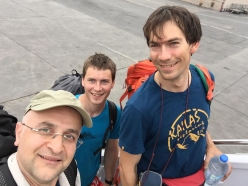 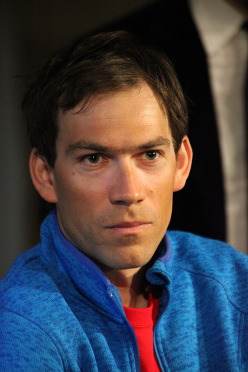 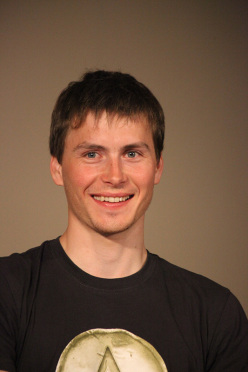 Young Slovenians Aleš Česen and Luka Lindič have scored two fast ascents in the Karakoram Himalaya: Broad Peak on 12 July and, only a fortnight later, the North Summit of Gasherbrum IV via its NW Ridge.

After traveling to Pakistan in mid-June, the duo established BC below Broad Peak on 29 June. Two forays served as acclimatisation, one to Camp 1 at 5700m and another to circa 7000m, where they spent the night. After a brief rest they summited on 12 July; according to altitudepakistan they are the first climbers to reach the 8047m high summit this season.

This Karakoram giant was in many respects a mere warm-up for their greater objective, the imposing West Face of Gasherbrum IV, also referred to as the Shining Wall. Rising steeply above the  Baltoro Glacier, this legendary mountain face is deemed one of the most beautiful and challenging in the world but as it was not in condition, the Slovenians opted for the Northwest Ridge.

Gasherbrum IV was first climbed on 6 August 1958 by Walter Bonatti and Carlo Mauri on a expedition led by Riccardo Cassin including Giuseppe de Francesch, Toni Gobbi, Giuseppe Oberto, Donato Zeni and Fosco Maraini. During the 1980's the Northwest Ridge became a coveted ascent, known as one of the last great problems in the Himalaya. After a series of failed attempts by various expeditions, Australians Greg Child and Tim Macartney-Snape and America's Tom Hargis finally made the ridge's first ascent - and the mountain's second ascent - on 22 June 1986, a year after Poland's Wojciech Kurtyka and Austria's Robert Schauer descended the ridge while retreating from their epic, ground-breaking ascent of the 2500m high West Face to the North Summit, carried out from 13 - 20 July 1985. The NW Ridge route was repeated in 1999 by the Koreans Kang Yeon-ryong and Yun Chi-won, and in 2008 Spaniards Alberto Inurrategi, Ferran Latorre, Jose Carlos Tamayo, Juan Vallejo and Mikel Zabalza made the third ascent of the ridge, climbing to a sub-peak between the North (7900m) and Main Summits (7925m).

Despite their age, Aleš Česen and Luka Lindič are already highly accomplished and form part of the new breed of highly talented Slovenian alpinists. Details of their rare ascent up the long Northwest Ridge of Gasherbrum IV are sketchy at present but it is known that they set off on 23 July and reached the North summit - as Greg Child put it "just a couple of rope lengths short of 8000m" - on the 26th. They returned to Base Camp on the 28th. Climbing without supplementary oxygen, they bivied at 5500m, at 6650m and 7400m.