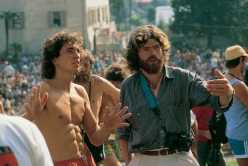 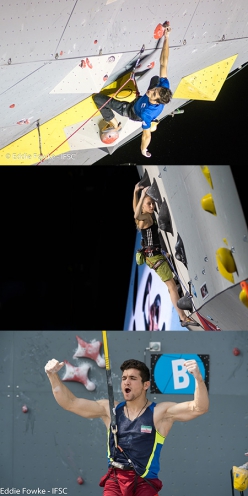 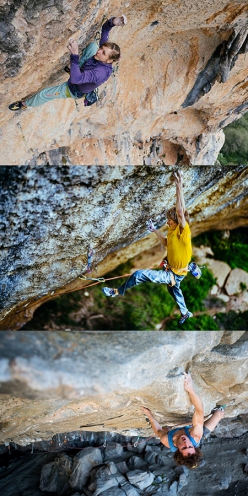 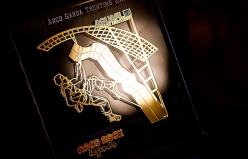 Mostly sunny and dry. Time to head off to Arco! The weather forecast is good for this weekend and the small town in Northern Italy is prepping up for what promises to be a "scorcher". The traditional Rock Master weekend is about to begin and will be capped on Friday night by the unique evening, dubbed the sports climbing Oscars, to which everyone’s invited.

The 13th edition of the international award will start at 21:00 at the Casino Municipale with a special guest who needs no introduction. Reinhold Messner will take the stage to receive the prestigious Aquafil Climbing Ambassador by Dryarn award and also to talk about his way on climbing and mountaineering. If you've never witnessed Messner speak ... we highly recommend you do so. That way you’ll understand why he is the king of the 8000ers, the first to have breached grade VIII in the mountains, the man who reinvented himself a thousand times with his quenchless thirst for adventure.

Messner will be joined on stage by other legends. Much younger, of course, but equally legends in their own right, such as Angela Eiter, Alexander Megos and Adam Ondra who have been nominated for the Wild Country Rock Award. And like Romain Desgranges, Janja Garnbret and Reza Alipour Shenazandifard, nominated for the La Sportiva Competition Award. The evening will be an true climbing celebration, conducted by classy Kay Rush, directed by Vinicio Stefanello and animated by Elena Friso who will dance to the live music of Debora Petrina, Graziano Colella, Giorgio Gobbo, Sergio Marchesini. Don’t miss it!

In September 2006 was held the historic first edition of the Arco Rock Legends. A jury comprised of the most important climbing magazines worldwide voted me as winner for the La Sportiva Competition Award. Now in 2018 I am nominated for the Wild Country Rock Award together with the truly exceptional climbers @alexandermegos and @adam.ondra The awarding takes place the upcoming Friday @giuliomalfer @planetmountain #verleihtflügel #jedentagtirol #k3climbing @team_edelrid @lasportivagram

I'm honoured to be nominated once again for the Wild Country Rock Award together with @adam.ondra and @angyeiter this year! The prize will be awarded this Friday (27th of July) in Arco during the World Cup and the Arco Rock Master! It'll be a weekend packed with action and events! If you are around you should come and join! @redbullgermany @patagonia_climb @goretexeu @tenayaclimbing @sterlingrope @dmm_wales @entreprisesclimbing @cafekraft_nuernberg @frictionlabs @fazabrushes #stylefirst #carrotsforpower


We are on our way from Canada to Italy, @gardatrentino for the famous RockMaster, but also because I was nominated for the Wild Country Rock Award together with @alexandermegos and @angyeiter. Friday evening at the usual location in Arco. Pic by @planetmountain Giulio Malfer from a few years ago.