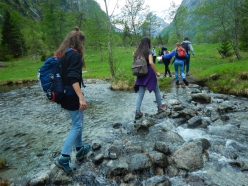 A path in Italy’s pristine Val di Mello is currently a bone of contention as the Regional Agency for Agriculture and Forestry Services plans to widen the trail in order to make it accessible to wheelchairs and the disabled. An appeal to protect the natural left bank was immediately launched by the Committee for the defence of Val Di Mello, that instead urges to use funding to improve the path on the right bank which is in dire need of maintenance. Over 16,000 people have signed the petition in less than a week. Read about what is threatening this beautiful natural habitat in the Italian Alps, and the open letter of Luca Maspes, President of the Val di Mello Mountain Guides, that urges for the plans to be reconsidered.
Photo by Comitato per la tutela della Val di Mello 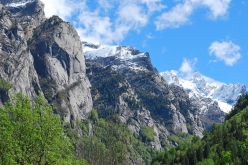 Val di Mello: the path of the left bank often leads past natural obstacles such as narrowings, ancient steps at Cà di Carna, narrow passages between dry-stone walls, small side streams whose course change every year
Photo by Simone Pedeferri 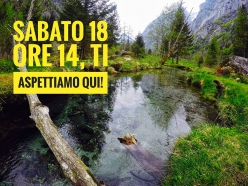 After months of controversy concerning a planned expansion in Val di Mello, Italy, of an existing path that would make it accessible to wheelchairs and the disabled, an agreement has now been reached to protect the pristine valley. The peaceful protest scheduled for Saturday 18th May has therefore be transformed into a celebration for all.

"Val di Mello is safe!" This short and succinct message that was posted yesterday by the Committee for the defence of Val Di Mello, which in recent months had battled hard against the widening of an existing path on the left bank of the river in order to make it accessible for wheelchairs and the disabled. As reported previously, when the Regional Agency for Agriculture and Forestry Services (ERSAF) announced the controversial plan more than 60,000 rallied against the project in order to safeguard the delicate natural habitat.

All the points of view were expressed at the meeting and a compromise agreement was reached which, according to initial reports substantially modified the contested initial project. Sertori explained "The definitive project involves small routine maintenance that will not modify the rare naturalistic beauty, nor will they render the area artificial. The works will make certain sections safe that are currently dangerous, and will make it easier to access for people with reduced mobility, even with all-terrain one-wheeled chairs. Both disability and the pristine nature of of this untouched area are of utmost importance to the Lombardy region. We have therefore understood the points of view of those who experience this nature reserve on a daily basis, as well as those of associations that work for the disabled and the elderly, and the result is this definitive project shared by all parties involved."

Sertori concluded "There are neither losers nor winners. The only victors are common sense and Val di Mello." The peaceful protest organised weeks ago to protect the valley, scheduled for this Saturday, will take place nevertheless and has now been transformed into a celebration for the protection of this valley now and in the future.

MEETING 18 MAY
Meeting at the "Isola", in the center of Val di Mello, from 14.00 onwards. This can be reached via a 15-20 minutes walk from the parking lot along left-hand side of the valley. Given the weather forecast, waterproof boots and raincoats are highly recommended.

13.03.2019
Val di Mello online petition against path for the disabled
The Committee for the defence of Val Di Mello, Italy, has launched an online petition against the planned expansion of an existing path that would make it accessible to wheelchairs and the disabled. While thousands have already signed in protest, Luca Maspes, President of the Val di Mello Mountain Guides, urges for the plans to be reconsidered.

15.05.2017
Melloblocco 2017: Individually, Together
Melloblocco 2017 seen through the eyes of Maurizio Panseri. After having climbed in Val Masino and Val di Mello for 30 years, the Italian alpinist now took part in this, his first-ever, grand bouldering meeting.