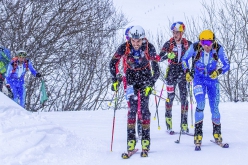 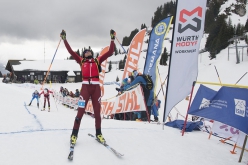 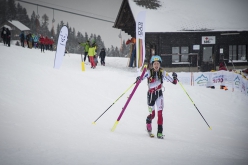 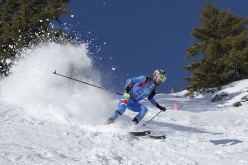 The Ski Mountaineering World Championships 2019 are currently taking place at Villars-sur-Ollon in Switzerland. On Sunday 10 March the most important event of the year - unfortunately at exactly the same time as the ultra-classic Pierra Menta - began on the slopes of Col de Bretaye with the Sprint race, won by Switzerland’s Arno Lietha and Spain’s Claudia Galicia Cotrina. The Iwan Arnold from Switzerland and Marianna Jagercikiva from Slovakia placed second,, while Robert Antonlioni from Italy and Deborah Chiarello from Switzerland settled for third.

If the Sprint was dominated by the Swiss, then the Individual race after a rest day was dominated by the Italians, with Robert Antonioli crowned World Champion after completing the +1604m course in 1:32:15, over 30 seconds faster than teammate Michele Boscacci and France’s Xavier Gachet, who managed to hold off Italy’s Maguet Nadir, fourth. In the women's competition Italy’s Alba De Silvestro won silver, behind France’s Axelle Gachet Mollaret and ahead of her teammate Lorna Bonnel.

The gruelling Vertical race unfolded yesterday afternoon and the +420m course that developed along 4km course was won by Switzerland’s Werner Marti and Austria’s Andrea Mayr. Antonioli was unlucky at the start: one of his skins became unstuck and he was forced to wait for the entire field to pass. Anger can be a very powerful motivator and so the Italian shifted down a gear and proceeded to overtake everyone except for Marti to win silver, while Switzerland’s Rémi Bonnet was forced to settle for bronze. Michele Boscacci placed fourth. In the women's competition Mayr after winning the event at Alpago 2017, confirmed that she is the queen of Vertical, beating Axelle Gachet Mollaret and Switzerland's Victoria Kreuzer, second and third respectively.

Today in Villars there is a well-deserved rest day, before the team race tomorrow morning and then the relay race.