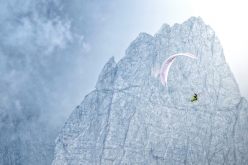 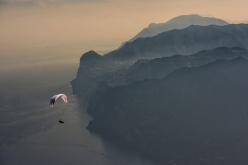 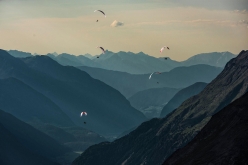 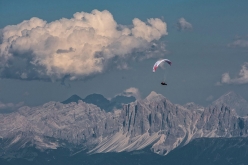 On day 6 of the great flight across the Alps France’s Gaspard Petiot has managed to reduce the gap between race leader Christian Maurer from Switzerland.

Day 6 of X-Alps 2017 has been exciting to say the least. The spotlight was on the duel between Switzerland’s Christian Maurer and France’s Gaspard Petiot. Last night the two were separated by about thirty kilometers, with the four-times race winner Maurer the only athlete to have reached Turnpoint 5 of Monte Baldo. Nobody believed a comeback would be possible, but the Frenchman pulled his night pass and walked to the top of Monte Baldo in the dark. At daybreak the pursuit continued and the Frenchman narrowly missed ditching into Lake Garda. Luckily this did not happen.

Despite this risky manoeuvre, Petiot's continued hot on Maurer’s heels and at one point he even overtook the Swissman. The battle continued throughout the day, until the Swissman managed to gain a 15km lead. The two are the only one on their way to the Matterhorn, to Turnpoint No. 6 which happens to be the last before the finish line at the Principality of Monaco.

At 17:00 Maurer was about 420 kilometers from the finish line. Petiot trailed about thirty kilometres behind. 3rd placed Benoît Outters of Team FRA4 still had to reach Turnpoint 5 on Monte Baldo and trailed by more than 100 kilometers, just ahead of Manuel Nübel (GER2) and Pal Takats (HUN). Behind them lie all the other athletes, including Tobias Grossrubatscher of ITA2 currently 14th. Today the slowest athlete Claudio Heidel Schemberger (ARG) was eliminated, meaning that 26 remain in the competition. All are set to battle it out, but also to help each other in flight and on the ground, in order to reach the finishing line but also to fully experience this great adventure. The great competition continues ...