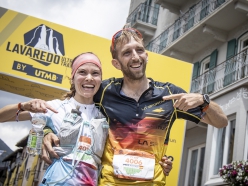 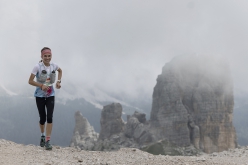 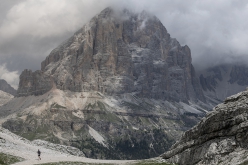 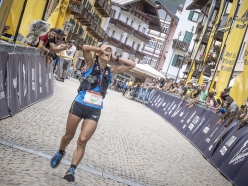 Patricia Pineda and Pere Rullan won the Cortina Trail 2022, the second event of the 2022 edition of La Sportiva Lavaredo Ultra Trail by UTMB.

After the Spanish victory in the Cortina Skyrace, once again Spain is frontrunner in the second day’s programme of the La Sportiva Lavaredo Ultra Trail by UTMB®, the only Italian date of the UTMB® World Series.

Centre stage was the Cortina Trail, 48 kilometres long with an elevation gain of 2,600 metres. 1,600 runners set off at 8 o’clock sharp on the morning of Friday 24 June from Corso Italia. The race was won by Pere Rullan in 4h27’43”. Another Spanish athlete placed second: Miguel Arsenio finished 2’14” after the winner. Thanks to a final recovery, Daniel Jung from Naturno in Aldo Adige placed third, clocking a time of 4h36’59”. For just 20 seconds Diego Angella, who was in third place until three kilometres from the end of the race, placed fourth.

Spaniard Patricia Pineda dominated among female runners setting a new record for the race: 4h59’17” was the time she clocked, beating Italian Pina Deiana (5h29’02”) a first-time runner on such a long distance, and Czech Tereza Kubikova (5h34’21”).

The Lavaredo Ultra Trail, the most anticipated event of the programme, began at 11:00 pm: 120 kilometres long with an elevation gain of 5,800 metres.