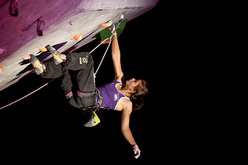 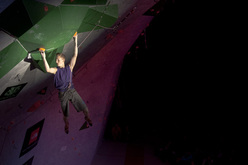 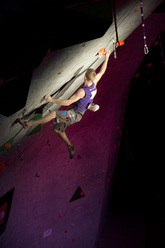 Jakob Schubert once again. For the sixth time running the Austrian has demonstrated that in the 2011 World Cup there can be only one: himself. This time Schubert confirmed his leadership in Boulder, Colorado (USA) by beating Sachi Amma from Japan - in crescendo and now in provisional second in this season's ranking - and Frenchman Romain Desgranges who is now 4th overall.

The men's final evidently mixed the cards somewhat because apart from Schubert and Amma, Sean McColl from Canada and Ramón Julian Puigblanque from Spain also qualified in joint first, but in the decisive round they slipped to 7th and 8th respectively. Things turned out differently for the other Frenchman in the Finals, Manuel Romain, for Dutchman Jorg Verhoeven and for the new entry - 20-year-old Matty Hong from the US - who finished 4th, 5th and 6th respectively.

The women's competition was marked by the return of Johanna Ernst and this triumph (in the making ever since 2009 and her victory in both the World Cup and the World Championship) was long-awaited after her injury in a bouldering competition in the States in early 2010. Silver went to Mina Markovic who benefited from the absence of her biggest rival, Korean Jain Kim (not present due to "incredible" VISA problems), while bronze went to Momoka Oda from Japan. These three were followed by the all usual suspects: Maja Vidmar 4th, Angela Eiter 5th, Akiyo Noguchi 6th, Sasha DiGiulian 7th and Charlotte Durif 8th.

Unfortunately no athlete travelled across the pond to defended Italy's colours and hopefully this won't repeat itself in the next stage in Jordania's Amman on 20 - 21 October.