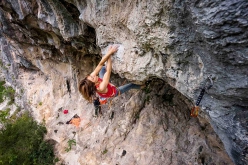 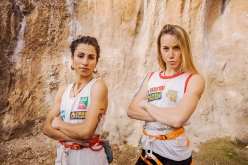 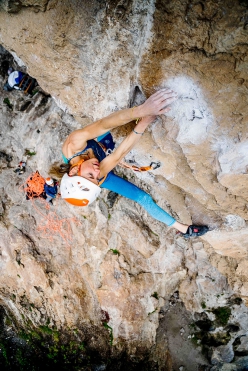 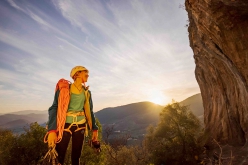 The third episode of Petzl Legend Tour Italia exploring the origins of Italian sport climbing in the 1980's. After Finale Ligure and Sperlonga, the third stop are the crags at Ferentillo in the heart of Umbria.

After Finale Ligure and Sperlonga, the Petzl Legend Tour Italia project explores the valley of Valnerina to recount how, at the end of the 1980s, sport climbing took root in the heart of Umbria thanks to the help of the entire local community

At the end of the Eighties Ferentillo became, thanks above all to Luciano Santi and the mountain guide Luigi Mario, a reference point for local climbers.

Ferentillo in unique to Italian sport climbing as it was here that, for the first time ever, a local town council decided to bear the costs of bolting crags. In truth the entire climbing community played an active role in developing the numerous sectors and organising competitions and events which ensured that the most famous national and international climbers all visited the area.

Thanks to Andrea Di Bari, Nicola Cosenza, Alvise Mario this film explores the spirit of those early years. Every route they talk about is so much more than a mere sequence of holds, they represent that particular era and those who shaped it.

The project was supported by La Sportiva®, Jeep®, Vibram and Guest House Runcini. Petzl thanks for them for their support and cooperation. All filming was carried out in February and April 2021, in compliance with Italian government regulations.