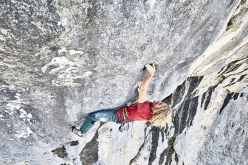 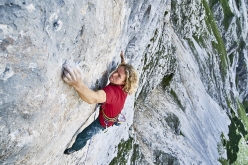 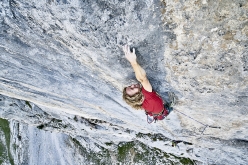 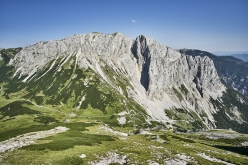 On the SW Face of Schartenspitze in Austria Michael Kemeter has made the first free ascent of Tortour, the difficult multi-pitch alpine outing he established ground-up between 2011 and 2012.

Last summer Austrian climber Michael Kemeter freed his hardest ever multi-pitch alpine rock climb, namely Tortour up the SW Face of Schartenspitze in Austria. The 280 m high route offers steep, technical climbing and was established ground-up between 2010 and 2011 together with Stefan Lieb. Nine attempts were needed to reach the summit, pushing the Austrian not only physically, but also into a state where he was "mentally at my limit."

The two central pitches weigh in at 8b+ and 8c respectively, but at the time the idea of freeing the roof on pitch five seemed absolutely impossible. '"I accompanied each move mentally for years" explained Kemeter '"And I yearned to get good enough to finally climb the entire line free and in a single day."

On 15 June, after another 10 days on the route accompanied by Paul Kiefer, Kemeter finally but an end to his Tortour. Estimated difficulties: 8c max.