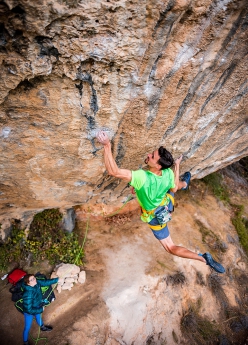 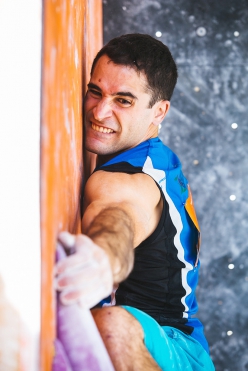 First Ley at Margalef is a short and intense 9a+ in the El Laboratori sector that shares much of the crag's King Line, the 9b First Round First Minute, prior to avoiding the finishing crux by exiting to the left. The route was put up by Chris Sharma and soon became one of the reference routes for its grade, with important early repeats by Adam Ondra, Alexander Megos and Stefano Ghisolfi to name just the first three. During these winter holidays the line has been repeated by both Marcello Bombardi and Marco Zanone.

Bombardi had tried the route for a couple of days two years ago and now, after another 4 days of attempts, he redpointed the route on the 11th of December. Zanone started trying the route two years ago as well and, in a show of great determination and perseverance, clipped the anchors just the other day after various trips to Spain specifically for this route.

While Bombardi has already climbed this grade, this is the first 9a+ for Zanone. It’s quite possible that both have already started dreaming of continuing straight up to complete Sharma’s king line... Tim will tell.