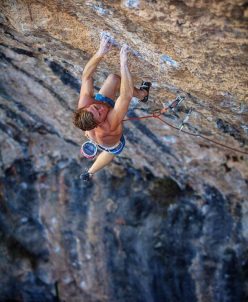 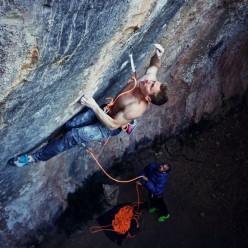 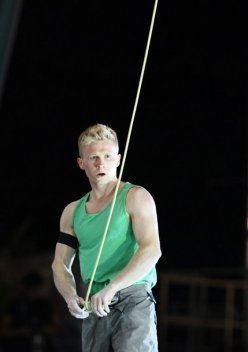 Norwegian rock climber Magnus Midtbø has reached 1 million subscribers on his Youtube channel. His is the first climbing channel to reach this benchmark number.

Norway's Magnus Midtbø has become the first climber to surpass the 1 million subscriber mark on his Youtube channel. The news is astounding, particularly for those who remember the early days of sport climbing when pretty much everyone who climbed knew each other, but the million benchmark testaments the fact that over the last 30 years this sport has transformed beyond recognition and into global sensation.

Midtbø is one of only a handful of people to have redpointed 9a+ and onsighted 8c+ and after retiring from climbing competitions in 2017, the 11-times Norwegian champion started concentrating more seriously on running his own climbing walls and updating the YouTube channel he had started in 2011.

With an enticing mix of training advice, travels to different climbing destinations and a crossover into fitness and other sports , his vlogs proved an instant hit. Multiple videos went viral and amassed millions of views, while countless climbers have commented that they started climbing thanks to these episodes. By 2019 his chanel proved so popular that it had become the most successful climbing channel on Youtube and now, after two years of exponential growth, it has hit the magical million mark. Just to put that number into context: the second largest climbing channel, EpicTV, currently has 388,000 subscribers, while Adam Ondra trails in third place with 316,000 subscribers.

When he embarked on his very first vlog in 2017, Midtbø stated simply "The idea is to make video blogs as often as we can, as long as there is something interesting going on... and then just go with the flow..." Evidently he got something very right!

23.09.2017
Magnus Midtbø and the viral climbing video
The video of Magnus Midtbø while training for climbing at his gym in Norway that has amasse almost one million views on Instagram.

30.12.2011
Magnus Midtbø, 9a at Santa Linya
At Santa Linya in Spain the Norwegian climber Magnus Midtboe has sent two 9a's, Fuck the system and Directa open your mind.