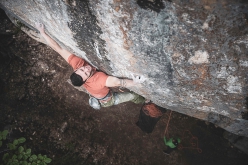 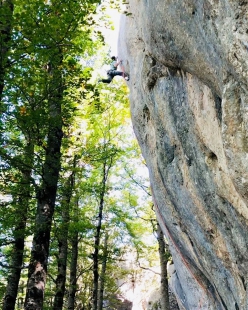 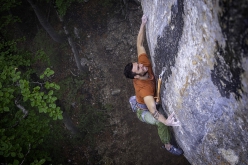 A few weeks ago 23-year-old climber Elias Iagnemma made the first ascent of Ten, a route at the beautiful crag Vado di Sole bolted nine years ago and unclimbed until only recently due to the intensity of its 28 moves packed in to just 18 meters.

Check out the this five-minute video about Elias - who then went on to nail the first repeat of Mauro Calibani's 9a Voortrekker at Frosilone in Molise - and those who bolted the line, the Parisse brothers who also filmed the first ascent of Ten, the first 9a/+ in Abruzzo, Italy.

19.05.2010
Pennadomo, climbing in Abruzzo, Italy
Giorgio Ferretti introduces the historic Pennadomo, one the the finest crags in central Italy.