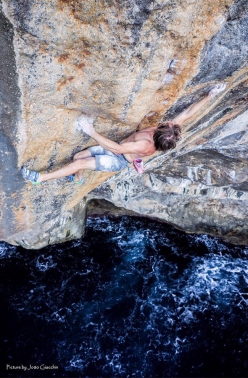 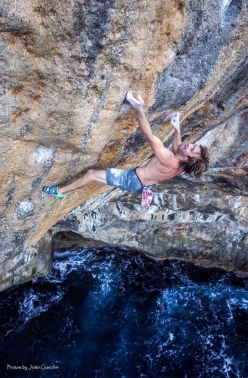 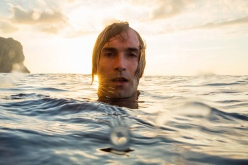 Chris Sharma Deep Water Soloing at Majorca, in the film Above the Sea
Photo by Adam Clark

The uncut footage of American climber Chris Sharma climbing high above the waves of Mallorca in Spain as he makes the first ascent of his Deep Water Solo Big Fish (8c+/9a, 20m)

In September 2017 the master of psicobloc Chris Sharma was up to his old tricks again with the first ascent of Big Fish on the rugged coastline close to the port of Sóller in Mallorca. After Es Pontas (2006), Alasha (2016) and Pont d’Arc in France's Ardèche (2017), the American climber described this route as "one of the most aesthetic, biggest and hardest deep water solos I've ever done." With its 8c+/9a grade and its humongous exposure his words are easy to believe. Here’s the impressive uncut crux footage of the undisputed Deep Water Solo king in action 20 meters above the rough swell.