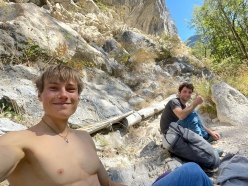 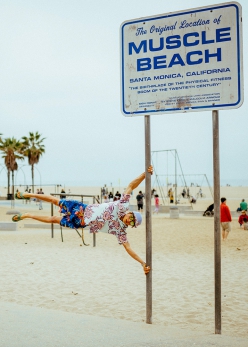 Alex Megos has flashed Chromosome Y, a sports climb at Charmey in Switzerland freed by Pirmin Bertle and originally graded 9a. Megos suggests it's 8c+.

Oops! ... I Did It Again. No, this isn’t the famous song by Britney Spears that dominated the airwaves at the start of the millennium, but the comment of Alexander Megos who recently flashed Chromosome Y at Charmey in Switzerland.

Freed by Pirmin Bertle in 2012, the line was originally graded 9a, though Megos agrees with those who have repeated it that it’s more like 8c+. Which, in any case, is a damn fine performance that comes hot on the heels of his 9a fash Intermezzo XY gelöst at Plombergstein in Austria. The 28-year-old German climber got all the beta from Alexander Rohr prior to his faultless ascent.

During the same visit Megos also repeated Meiose, another Berthe creation that combines the best of Chomosome Y with Chromosome X. According to Megos, using the sequence he defines more logical (and that therefore doesn’t eliminate holds) Meisoe is a 9a, while Bertle with his original sequence certainly climbed the equivalent of 9a+.

06.02.2018
Adam Ondra climbs two 9a+ at Charmey and St Léger
At Charmey in Switzerland Adam Ondra has repeated Meiose, indicating 9a+ instead of the 9b grade suggested by first ascentionist Pirmin Bertle, while at Saint Léger du Ventoux in France the 25-year-old Czech climber has free yet another 9a+.

13.07.2016
Video: Pirmin Bertle climbing Meiose at Charmey
The video of Pirmin Bertle and his first ascent of Meiose, a sports climb at Charmey in Switzerland, for which the German climber suggested 9b.