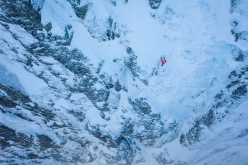 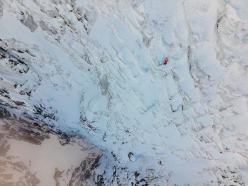 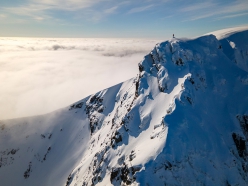 The video of Scottish mountaineer Dave MacLeod soloing the classic Orion Face Direct on Ben Nevis, one of the longest and most famous winter routes in Great Britain.

Orion Face Direct is considered one of the great classics, not only on Ben Nevis, but in all of Scotland. First ascended on 13 February 1960 by Jimmy Marshall and Robin Smith, it was hailed as one of the hardest winter climbs of the step cutting era. In the intervening years standards have obviously risen dramatically, the route is no longer cutting-edge and it has also been soloed on various different occasions, nevertheless it still retains all of its "uniquely Scottish" feel. As can be seen in this video by one of Scotland’s foremost mountaineers, Dave MacLeod, who after waiting patiently for the right conditions climbed the route solo last March.