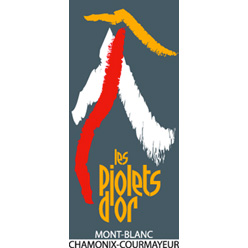 George Lowe, Erri De Luca, Catherine Destivelle, Denis Urubko, Lin Sung Muk and Karin Steinbach are the members of the highly expertPiolets d'Or 2014 Jury, with complementary approaches, endowed with a mountain spirit transcending the framework and limits of the discipline

More than just climbing peaks, these representatives of the ‘high altitude world’ point the way to a realm where everyone can aim to reach higher, rather than just getting to the summit; where one can start one’s quest with a more serene frame of mind, towards the mountains of the soul.

These men and women focused their attention and set their foot on all the major mountain ranges of the world. Engineer, physicist, writers, publisher, journalists, comedian, Pro climbers... the members of the 2014 Piolets d’Or Jury represent all mountaineering trends, from free climbing challenging the laws of gravity to exploring lands where the air becomes rarified, and only the strength of the mind allows the body to overcome its limits.

Piolets d’Or are proud and honoured to welcome renowned mountaineers, admired for their achievements and their integrity, as members of this year’s Jury. These protagonists, bearers of those values and symbols of that code of ethics which constitute the founding principles of alpinism Piolets d’Or intends to promote, nurtured the flame of their passion, and that remained unchanged since the first day. With spontaneity and modesty they accep- ted to become members of the 2014 Piolets d’Or Jury.

They are the ambassadors of alpinism, intended as a discipline concerned with respecting the mountains and those who live under them. Beyond their performance, they enhance those behaviours and gestures which prove that mountaineering is a universal adventure, inherently human and cultural as well as enjoyable as a sport.

George Lowe (USA) was born in 1944. He started climbing in California at the age of 18. His mountaineering career extends over more than 40 years. His most famous ascent is the 1978 attempt on the northern ridge of Latok 1 (7145 m.), in Pakistan, together with his cousin Jeff Lowe, Jim Donini and Michael Kennedy, which stopped short of the summit of 150 m. The performance has not been matched since and the ridge remains untouched. From the long list of his achievements Lowe frequently mentions the adventure on the Nose (El Capitan, Yosemite) with Alex Lowe, accomplished in one day in 1991, or Grand Teton in 1980 with his father, George Jr, and his son, George IV. The physicist and mountaineer also climbed famous new routes in Alaska, notably on Mount Hunter and Mount Foraker.