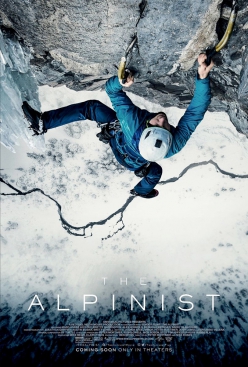 Marc-André Leclerc is The Alpinist

The trailer for The Alpinist, the documentary that traces the life of Canadian mountaineer Marc-André Leclerc.

Marc-André Leclerc was universally recognised as one of the most talented climbers of his generation. His ascents from the Canadian Rockies to Patagonia, often solo, almost always difficult and visionary, were abruptly interrupted by his premature death in Alaska together with Ryan Johnson in March 2018.

Now The Alpinist is about to be released, a feature film that seeks to shed light on the young Canadian and his bold climbs. The documentary is directed by veteran filmmaker Peter Mortimer (director of The Dawn Wall), while the footage was captured by cameramen and hardcore climbers including Jon Griffith, Austin Siadak and Brett Lowell. The film will be screened across the USA in September, at a later date in Europe. In the meantime here's the trailer

12.11.2014
The Plum, difficult new trad mixed route in Canada by Jon Walsh and Marc-Andre Leclerc
On 08/11/2014 the Canadian climbers Marc-Andre Leclerc and Jon Walsh made the first ascent of The Plum (WI6 M7, 120m) at the Storm Creek Headwall, Kootenay National Park B.C.