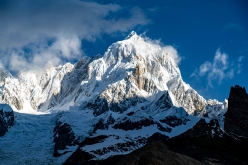 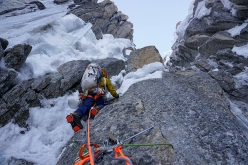 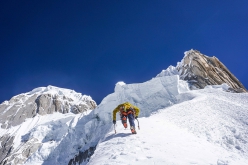 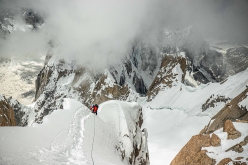 The film Link Sar directed by Graham Zimmerman, which documents the first ascent of the 7041m peak in Pakistan’s Karakorum, first ascended in 2019 by Zimmerman with Mark Richey, Steve Swenson and Chris Wright.

This is the compelling story of the gruelling first ascent of one of the last great unclimbed mountains in Pakistan’s Karakoram range, Link Sar, at the hands of Mark Richey, Steve Swenson, Chris Wright and Graham Zimmerman in summer 2019. Standing 7041m tall, the mountain had been attempted unsuccessfully on 9 previous occasions since a first attempt in 1970 and the experienced US climbers, after a failed attempt two years earlier, managed to breach the SE Face in 6 long days.

The ascent proved taxing and was marked by a 36-hour storm, while Zimmerman took a 35m fall after being swept away by an avalanche just below the summit. The four returned to base camp after a total of 8 days and, unsurprisingly, their adventure netted them the Piolet d'Or 2019.