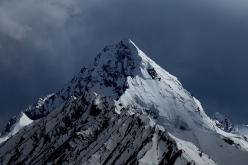 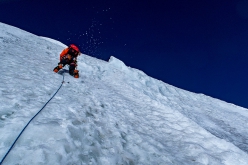 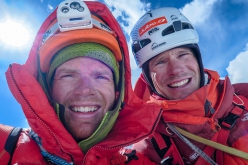 A five-week climbing trip in June and July 2018 to the Hindu Raj mountain range in Pakistan resulted in the probable first ascent of Kachqiant, a 5990m peak overlooking the Dasbar Valley, by Dutch mountaineers Danny Schoch and Bas Visscher. Climbing partners Ruud Rotte and Menno Schokker made an unsuccessful attempt of Chiantir Chish (6200m), turning around at 5800m. Bas Visscher reports.

Inspired by this report Ruud Rotte, Danny Schoch, Menno Schokker and I left on the 3rd of June to visit the Dasbar Valley in Pakistan. The area is situated in the Hindu Raj, a smaller mountain range close to the Wakhan Corridor in Afghanistan. In 2007 the French were probably the last climbers to visit this valley.

When we arrived in the village of Nialthi, we were welcomed by the local inhabitants with an evening full of music and traditional dance. Despite this warm welcome, the police of the Ghizer district sent an armed police officer along with us for extra safety. He stayed with us during the whole trip. In Nialthi we hired 30 porters and planned to stay about 3,5 weeks at our basecamp at 3600m.

The beautiful and unclimbed Kachqiant was our main goal, but we wanted to explore other mountains as well. During acclimatisation trips we quickly figured the snow was very soft during the daytime. Walking and climbing on the snow was only possible during the night.

After acclimatisation we installed our camp 2 at 5000m and returned to base camp. Danny got very high fever and extreme headaches. His state worsened so badly we thought evacuation by helicopter seemed necessary. Luckily the antibiotics started to work and he recovered really quickly. It might have been a tropical disease but back at home in the Netherlands he became ill again and we still don't know the exact cause

A few days later Menno, a totally recovered Danny and I went for a summit push on the Kachqiant. It was a very big struggle. The wind was extremely cold and the snow was very powdery. Our progress was slow and the summit was very far. At 5450m we decided to abandon the attempt.

After the failed summit attempt on Kachqiant we went for two different mountains. Menno and Ruud went for the right ridge on Chiantir Chish (c. 6200m). They packed a tent and food for 4 days. At an altitude of 5800m they decided to retreat. The rock was very poor and there were a lot of wet snow avalanches. Luckily they enjoyed their  mountaineering adventure a lot. They had a very good view over the surrounding mountains and exploring the mountain gave a lot of satisfaction.

Danny and I went for a final try on Kachqiant. We knew conditions would remain poor, but we were still positive about chances. Regaining the previous highpoint proved difficult, but this time there was less wind. An extra camp, lots of food and thick down jackets were part of the new tactic. On 2.30am we left the tent at 5500m. The snow was immediately very powdery and unconsolidated. Unfortunately it didn’t improve during the rest of the climb. A lot of exhausting wading through the snow followed, layered sometimes above bullet hard black ice. A couple of times we thought it was impossible to reach the summit. There were also a couple of 70 degree ice pitches, but these were easy compared to ploughing through the sections of deep snow. On the summit ridge we finally got the feeling that we were going to make it. It was long but less steep. At 4 pm on 01 July 2018 we reached the summit. What a happy moment!

The sat phone GPS gps indicated a height of 5990m, although other maps report a height above 6000m. We decided to take no risk and descended everything with abalakovs. We brought only one 7.8 mm 60 meter rope, so many abseils were needed.  We were cold and dehydrated, but we managed to do everything safely. At 1am we reached our tent, completely exhausted. The next day we rested for many hours in the sun. After the temperatures cooled down we descended the tricky ridge to 5000m. We knew we were safe now. After some sleep only the final walk to 3600m remained. It felt very good to return to base camp. The next day our time was up. With a smile on our faces we left the Dasbar Valley.