► News ► Alpinism ► Jeff Lowe, goodbye to one of the world's most influential mountaineers
Versione italiana 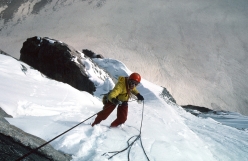 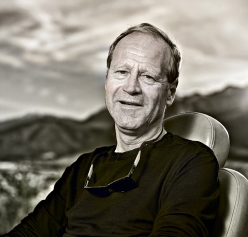 PORTFOLIO / gallery Portfolio: Jeff Lowe, goodbye to one of the world's most influential mountaineers

Jeff Lowe, goodbye to one of the world's most influential mountaineers

On 24 August 2018 Jeff Lowe, one of the world’s most influential mountaineers, passed away aged 67. The American climber was widely recognised as one for the strongest alpinists of his generation.

Jeff Lowe, the visionary American alpinist who inspired generations of climbers, passed away aged 67 on 24 August 2018. French journalist Claude Gardien described Lowe as follows for the Piolets d'Or Lifetime Achievement Award: "Jeff Lowe has played a role in every aspect of the sport. He is one of the most important figures in the world of mountaineering and climbers all over the world were shocked to learn, a few years ago, that he had been diagnosed with a degenerative illness." Click here to read the portrait

After his groundbreaking solo first ascent up the North Face of the Eiger in 1991, Lowe’s life changed radically and was, in many ways, saved. His story is told in the award-winning film Metanoia which Lowe’s relatives have now decided to share with the entire climbing community.