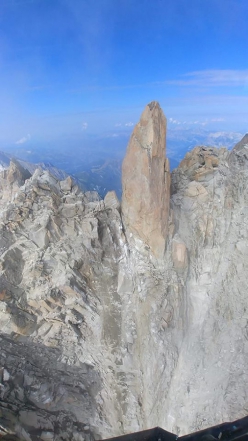 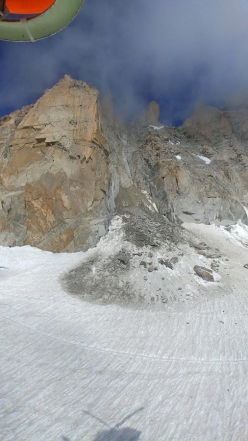 On 22 August 2018 a huge rockfall took place on the Arête des Cosmiques, one of the most famous and popular climbs in the Mont Blanc group. No one was injured during the collapse down the ridge’s south face, after sliding was noted the previous day when the ledge at the last abseil had moved by a meter before collapsing on the 22nd.

The area has been placed under surveillance and La Chamoniarde, the Chamonix-based mountain rescue society, stated "Mountain professionals (mountain guides, mountain rescue squads and scientists) strongly advise against climbing this route." Given its instability, according to Edytem-CNRS geomorphologist Ludovic Ravanel, it seems unlikely that the Arête des Cosmiques will become climbable before this winter.