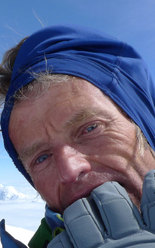 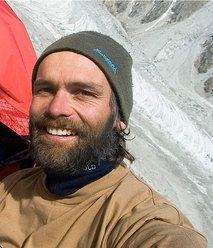 Tragedy in Norway, where last week the alpinists Bjørn-Eivind Årtun and Stein-Ivar Gravdal died while attempting a new ice climb up the Kjerag rock face.

The extremely talented Norwegian alpinists Bjørn-Eivind Årtun and Stein-Ivar Gravdal died last week during an attempt to forge a new ice climb up the immese Kjerag mountain face in SE Norway. The two had left on Tuesday 7 February and planned to return on Thursday, but at their failed return a mountain rescue helicopter took off on Friday 7 February and discovered the two bodies hanging on the face. According to the Norwegian Alpine Club, the tragedy may be due to significant ice or rockfall. In 2009 the duo had established an important new route on the very same face, Strandhogg (800m, WI6, M5, A0) which was recognised for having brought Norwegian ice and mixed climbing to a new level of difficulty. It goes without saying that with this accident Norway has lost two of it's most talented alpinists.

Bjørn-Eivind Årtun was 45 years old and despite climbing since 1987, he had dedicated himself seriously to alpinism for only the last six years, during which he amassed an impressive number of cutting-edge routes. These include, amongst others, the fast first ascent of Dracula up Mount Foraker in Alaska climbed together with Colin Haley and which earned them a nomination of the 2011 Piolet d'Or, a incredible repeat of the Ragni Route up Cerro Torre in Patagonia in a mere 13 hours from the Niponino via the Standhardt Col and then, just a few weeks ago, the extraordinary first ascent of the beautiful Venas Azulas up nearby Torre Egger together with Ole Lied. Årtun leaves behind a 12-year-old daughter.

Stein-Ivar Gravdal was 37 years old and a highly active rock climber in his Stavanger area, with numerous first ascents to his name, many of which on Kjerag. He had visited the world's mountains with attempts up the extremely difficult North Ridge Latok abandoned at 6300m and an attempt up the Biancherathi Tower, but he is known above all for the second ascent of the 1984 Norwegian Route up the East Pillar of Great Trango Tower in the Karakorum, Pakistan during 30 days in 2008, and also the first ascent of the incredibly beautiful North Face of Ulvatanna (2,950m) in the Antarctic in 2006. Gravdal leaves behind a daughter.