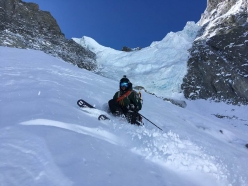 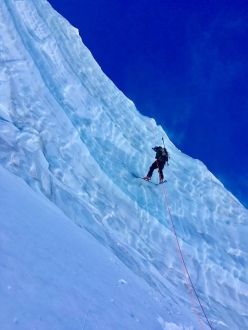 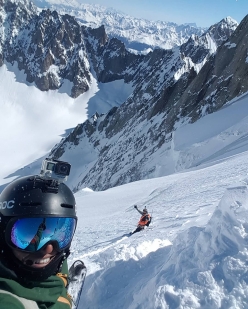 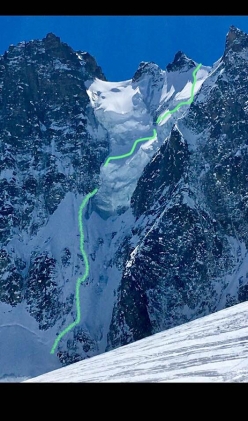 France's Jonathan Charlet and Christophe Henry have made a ski and snowboard descent down the North Face of Triolet, Mont Blanc massif.

On 18 April 2018 Jonathan Charlet and Christophe Henry made a daring ski and snowboard descent down the huge North Face of Triolet in the Mont Blanc massif.

The stunning face was first descended on 16 June 1995 by ace French snowboarders Jérôme Ruby and Dédé Rhem who dropped in after having been transported to the crest by helicopter. In 1998 Swiss mountain guide Marcel Steurer, aka Stei Steurer, made a lone ski descent of the North Face after having noted particularly good conditions in June while guiding clients. The next day he made his way up to Refuge du Couvercle, skinned up from there across the Talèfre glacier towards Triolet and dropped in.

The North Face is exposed to huge, looming seracs and Henry and Charlet waited four years for the line to come into condition. The Frenchmen approached the mountain from Refuge D’Argentière via Col des Courtes, ascending the exposed ridge that leads to Triolet and dropped in from the right. It is believed that theirs is the first snow and ski descent via this approach.