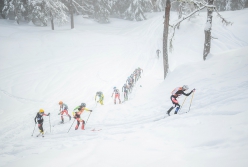 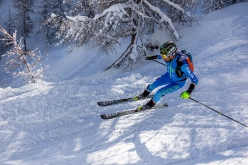 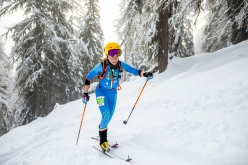 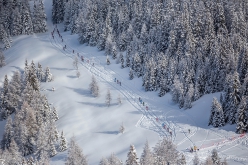 Last weekend at Verbier in Switzerland Robert Antonioli and Axelle Gachet-Mollaret won the Individual race of the second stage of the Ski Mountaineering World Cup 2020/2021. Gachet-Mollaret and Rémi Bonnet won the Vertical race.

Following the season debut at Ponte di Legno, Italy, at the end of December, last weekend the ski mountaineering World Cup circuit moved to Verbier in Switzerland where despite heavy snowfalls the Individual race was won on Friday by home athlete Rémi Bonnet and by simply unbeatable French start Axelle Gachet-Mollaret. Rain had forced the organisers to postpone the start, but then in just 26:53 Bonnet blazed to the finish line on the same track where he was crowned World Champion in 2015, ahead of teammate Werner Marti and France’s Thibault Anselmet. Gachet-Mollaret won the women’s race in 32:18, ahead of Switzerland’s Maude Mathys and Sweden’s Tove Alexandersson.

On Saturday the athletes rested and checked the Individual race course which, due to high avalanche risk, had to be modified and reduced. Nonetheless, with four climbs and descents and 1500m altitude gain the course proved both spectacular and technical and was won by Robert Antonioli during the last descent. The Italian beat his teammate Davide Magnini and Rémi Bonnet, second and third respectively. In the women's comp Axelle Gachet-Mollaret dictated the pace from the outset and stopped the clock after 1:27:34, followed once again in second place by Tove Alexandersson 1:31:00 and young Italian Alba De Silvestro 1:32:12.

The next stage of the Ski Mountaineering World Cup will take place on Friday at Flaine in France.