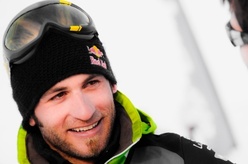 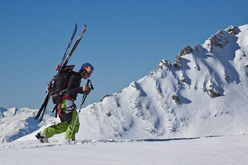 On Sunday Antoine Montant was found dead in the French Alps. The 30-year-old was a forerunner of paragliding and speedriding. Capable of interpreting skiing in the mountains in a new and above all revolutionary manner, his death leaves behind an enormous void. By Luca Rolli.

A visionary explorer capable of living a reality which most considered pure madness, he breached the borders of what was hitherto believed skiable: thanks to his extraordinary paragliding ability he managed to ski the mountains like no one else before him. Speedriding, skiing with a small wing sailing above you, became the new frontier for extreme sports and Antoine was the forerunner.

Antoine's speedriding took him down the Eiger, the Grandes Jorasses, the Aiguille du Midi, Col du Plan... he even managed to slide along the cables of the old ski lift on Aig du Midi. Antoine seemed unstoppable, insatiable and the images of his films speak more than a thousand words. His style was unmistakable and the ideas he managed to achieve fuelled the dreams and inspired everyone.

Antoine is no longer with us. A final flight with his wingsuit concluded in the worst possible way. What remains is his piercing yet gentle glance, his unique and superior strength. Thanks for having inspired us all. Thanks for having helped us understand that dreams are there to be chased and achieved.