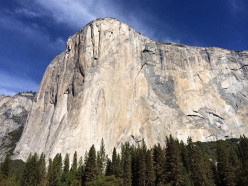 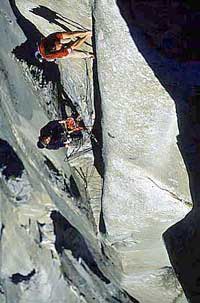 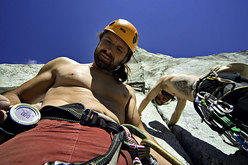 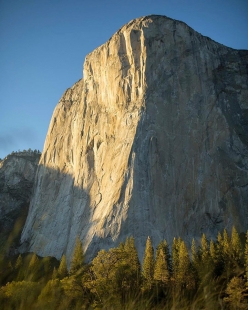 Interview with German climber Alexander Huber 20 years after the first free ascent of Freerider, the famous big wall on El Capitan in Yosemite.

This autumn Freerider on El Capitan in Yosemite celebrates twenty years as one of the most famous big wall climbs in the world. The first free ascent of this variation to the Salathé Wall dates back to 1998 at the hands of the German alpinists and climbers Alexander Huber and his brother Thomas, yet in actual fact the line was "discovered" by Alexander in 1995 in the run-up to his groundbreaking ascent - all on lead - of the legendary Salathè Wall. Hailed as the easiest free climb up the 1000 meter granite monolith, in the last two decades Freerider has understandably attracted some of the finest climbers worldwide including obviously Alex Honnold who in June 2017 made a audacious and nigh incomprehensible free solo ascent of Freerider. Given the route's importance and its 20th anniversary, we checked in with Alexander Huber to find out more.

Alexander, let’s just put Freerider into context. It was climbed during a period of fervent activity for you and your brother: first free ascents of Salathé Wall all on lead, El Nino, Freerider, Golden Gate, El Corazon, Zodiac… Yosemite didn’t belong to you, but in some ways it was yours!
Back then El Capitan was the best "playground" in the world for free climbing. Lynn Hill opened the gates to this paradise with her first free ascent of The Nose, and the walls to the left and the right just waited silently to be climbed free! For various reasons the American freeclimbers weren’t particularly active in Yosemite during those years, so we took the opportunity and climbed one route after the other - free!

So tell us about Freerider. The easiest route on El Capitan

Well, Thomas and I did the first redpoint ascent some incredible twenty years ago. But I remember it as if it were yesterday! While we did the first free ascent in 1998, what many don't know is that I actually established this variation to the Salathé Wall three years earlier. In 1995 my aim was to make the first redpoint ascent of the legendary Salathé, but crack climbing was new to me and I’d never been on such a big wall before. El Capitan was a completely new experience therefore. Before I climbed the Salathé for the first time I noticed a possible way to bypass the crux section, the infamous Headwall. Through my telescope I noticed that to the left of the Headwall there were some superb cracks, that higher up rejoined the Salathé. From the El Cap meadow, this varation looked way easier than the original line!

So you decided to go there and find out
Yes. After climbing the Salathé with Gottfried Wallner I rapelled back in an checked the feasibility of this variation. It was really exciting, it was the first time I'd ever used the Soloist climbing device and few hours later I'd already climbed the new variation to the Headwall which is known now as Freerider. All climbed free, on my own with my Soloist (a device used to auto-belay when climbing alone, Ed.), none of the pitches exceeding 5.12. The perfect alternative should I have failed later while attempting to free climb the original crux pitches of the Salathé.

Who knew about this variation?
Only Heinz Zak who belayed me a short while later during the first free ascent of Salathé, and the American climbing journalist Jeff Achey. With binocular Jeff had noticed from El Cap Meadow that I’d traversed across, and he asked me what I had been doing up there. I explained to him that I'd added this new variation. And I asked him to keep it a secret, because after my free ascent of the Salathé I didn't have a climbing partner for Freerider - and of course I wanted to freeclimb it in a single day.

Couldn’t you have capitalised on your form and done it immediately, or in autumn that year?
Unfortunately after freeing the Salathé I failed to find someone motivated enough to belay me. Directly after Yosemite I went to Latok II in Pakistan. It took another three years before I could return to Yosemite, because in 1996 I had to work on my thesis and in 1997 I graduated with a Masters Degree in Physics and started my PhD. I finally returned in 1998 with my brother and after making the first free ascent of El Nino the time had come for the one-day ascent of Freerider!

How was that day with Thomas?
After El Nino we had to wait a bit, because Thomas had slightly injured his shoulder. When he was fit enough , we set off. It was a magic day. The cool temperatures of the Indian summer enabled us to make the ascent without falls. After Lynn´s magical first free ascent of The Nose in a day we therefore became the second to freeclimb El Capitan in a day!

Did you imagine that one day Freerider would become so popular?
Yes, even back in 1995 I knew that the Freerider would soon become very popular. For me, Freerider is something like Astroman 2000, because it was the equivalent to Astroman, but for the new millennium. It’s by far the easiest free climb up El Capitan, in an amazing location.

In all honesty, could you have imagined back then that someone would solo it one day?
After my ascent of the Hasse - Brandler route on Cima Grande di Lavaredo in the Dolomites I thought about the idea of free soloing El Capitan. But I knew that it would be a really difficult task for me, since Yosemite is so far away. For a free solo of this magnitude, you need to invest a huge amount of time in order to get to know every single inch of the route intimately. For me this just was simply out of reach as I would always have to travel half way round the world in order to work that project. And at some point I came to see it as the project for the next generation.

So did Alex Honnold’s free solo surprise you?
I knew that Alex had been working that project for some time. So it was not a complete surprise, no. Nevertheless it was amazing when he finally did it. I knew he was mentally strong enough to do it, so I also knew that if the right moment were to come along, that if the stars aligned, then he would do it. What an amazing achievement! The route is hard from start to finish, you need to remain fully concentrated for a 1000 meters, you can’t afford to make even the tiniest mistake. Alex brought free solo climbing to the next level and this is one of the great masterpieces of climbing history.

Presumably not only because of the difficult, exposed pitches on the headwall, so high above the valley?
No, not only. Also because of the lower section, called Free Blast. Some sections are really problematic because there are just no holds. There are no crimps to speak of, you're relying purely on friction as you cross a completely blank section of rock. That’s not what you want when you’re free soloing. This just goes to show how complex that project is.

You mentioned new dimension. If you look into the future, can you imagine the next new dimension?
With difficulty. I’d say Salathe free solo. Yes, some day someone’s going to do it, no doubt. But I like to think that if Honnold has worked things out properly in life, then he’ll let it be.Once again, that's a challenge for the next generation.

Those sound like words of common sense
Well, that’s exactly how things worked out with me. I’d done my fair share of free solos, then after I did Locker from Hocker in 2008 I realised I was happy with what I’d done and wanted to move on. You mustn’t forget that free soloing is very, very risky indeed. Even for the best climbers who seemingly have everything under control.