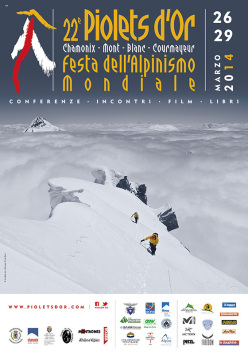 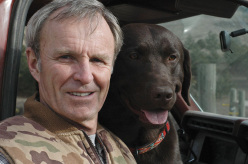 Piolets d'Or 2014, Courmayeur and Chamonix gear up for a prestigious celebration

From 26 - 29 March the international meeting with the alpinism "Oscar" returns to Chamonix and Courmayeur on the two sides of Mont Blanc: a great jury will select the best climb in 2013, while American alpinist John Roskelley will receive the Lifetime Achievement Award. Numerous events, including the meeting with Italian writer and climber Erri De Luca on 27 March at Courmayeur.

A jury comprised of "great names", five superb nominations, one prestigious Lifetime Achievement Award: this is the Piolets d'Or 2014, the highly anticipated international event that celebrates the best alpine ascents of 2013. The meeting will take place from 26 - 29 March at Courmayeur and Chamonix, at the foot of Mont Blanc.

Five expeditions are in the running for the cherished "golden ice axe", selected from almost 100 ascents worldwide. These include Switzerland's Ueli Steck (solo ascent of a new route up the South Face of Annapurna, 8091m, Nepal), America's Mark Allen and New Zealand's Graham Zimmerman (first ascent of the NE Ridge of Mount Laurens, 3052m, Alaska), Switzerland's Simon Anthamatten and the Austrian's Hansjörg Auer and Matthias Auer (first ascent of Kunyang Chhish via the East Face, 7400 metri, Pakistan), Canada's Raphael Slawinski and Ian Welsted (first ascent of K6 via the West Face, 7040 metri, Pakistan), and Zdenek Hrudy and Marek Holecek from the Czech Republic (first ascent of the North Face of Talung, 7439m, Nepal).

Given the calibre of the ascents, the Jury has a difficult task at hand. Presided by America's George Lowe, the 2014 jury is comprised of Erri De Luca, Catherine Destivelle, Denis Urubko, Lim Sung Muk and Karin Steinbach.

Le candidates will be judged according to the criteria included in the charter of the Piolets d'Or, namely style of ascent, spirit of exploration, level of commitment and self-sufficiency, high level of technical ability, suitability of route in light of objective dangers, efficient and sparing use of resources, transparency regarding the use of these resources, respect for people, climbing partners, members of other teams, porters and local agents, respect for the environment and respect for future generations of mountaineers by leaving them the possibility of enjoying the same kind of experiences and adventures. A Special Mention has been assigned to Stéphane Benoist and Yannick Graziani for their repeat - with some variations - of the Annapurna ascent up the South Face.

The Piolet d'Or Lifetime Achievement Award - after Walter Bonatti, Reinhold Messner, Doug Scott, Robert Paragot and Kurt Diemberger - will be given to American alpinist John Roskelley. Born in 1948, he undertook a series of great climbs in the 1970's and '80's such as Nanda Devi, Great Trango Tower, K2 and Makalu.

There are numerous side events and these include above all "What I hold as valuable", the conversation with Erri De Luca that takes place on 27 March at 21:00 at the Jardin de l'Ange in Courmayeur, with music by Alberto Visconti and Rémy Boniface from the L'Orage group.

The event will end with the final evening celebration, during which the Piolets d’Or for the best climb will be assigned, as well as the Lifetime Achievement Award. This takes place on 29 March at 21 at the cinema Palanoir di Courmayeur (presented by Kay Rush, music by L'Orage and Naif, artistic performance Marco Chenevier), free entrance.

THURSDAY 27 MARCH Le Majestic, Chamonix
8:30 p.m. - Presentation of the nominated ascents for the 22nd edition of Piolets d’Or
Who are they? Where do they come from? The audience will meet the climbers, and see videos and photos.

Jardin de l’Ange - Courmayeur
9 p.m. "What I hold as valuable" - a conversation with Erri De Luca, with a musical performance by L’Orage’s Alberto Visconti and Rhémy Boniface. The evening will be presented by Vinicio Stefanello - Planetmountain