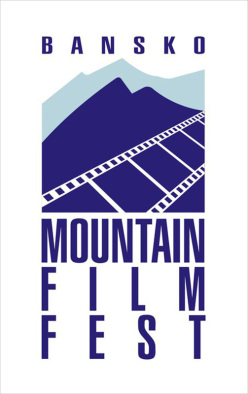 From 25 - 29 November 2015 Bansko in Bulgaria hosts the Bansko Mountain Film Festival 2015. More than 100 films from 5 continenti, special guests including Hansjörg Auer, Tom Ballard, Patrick Gabarrou, Tamara Lunger and Jean Troillet. Chris Bonington - Life and Climbs has been selected as one of the finalists of this prestigious festival.

The Bansko Mountain Film Festival 2015 is currently in full swing in Bulgaria's famous ski resort. The annual event is celebrating its 15th anniversary and the program is packed with things to do: 100 films from 5 continents will be screened, there's a series of side events and a long list of special gusts that include, in alphabetical order, Hansjšrg Auer, Tom Ballard, Yves Ballu, Nils Harald Filipp, Patrick Gabarrou, Nuno Gomes, Jochen Hemmleb, Sebastian Kawa, Ivan Kojuharov, Tamara Lunger, Kiril Nikolov, Boyan Petrov and Jean Troillet. This year's jury is comprised of Italy's Luca Bich, Germany's Sylvia Rothe and the Bulgarians Kamen Alipiev, Ivan Obreykov and Alexander Donev.

After Spotkania FilmFestival in Poland, the Cervino CineMountain Festival in Italy, Banff (Canada), Graz (Austria), Grenoble (France) and Kendall (UK), Chris Bonington - Life and Climbs, directed by Vinicio Stefanello and produced by planetmountain.com on behalf of the Courmayeur town council for the Piolet d'Or 2015 has been selected as a finalist for this prestigious festival.

Go to the official website and check out the films