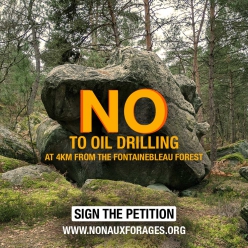 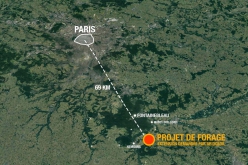 A map showing Paris, Fontainebleau and the proposed oil drilling expansion project which proposes a further 10 oil wells, in addition to the 2 wells currently operating at Nonville
Photo by Environnement Bocage Gâtinais 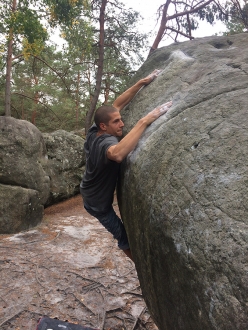 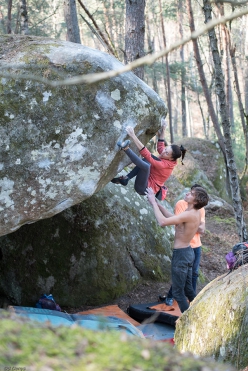 A petition has been launched by Environnement Bocage Gâtinais (EBG) against an Oil Drilling project just 4 km from the Fontainebleau forest, famous for being the world's bouldering mecca. On the 19th of October EBG will present the petition to the commissioner.

A petition has been launched by Environnement Bocage Gâtinais (EBG), a grassroots association that aims to protect the Bocage Gâtinais area to the south of Paris, against the planned Oil Drilling extension located just 4 km from Fontainebleau. The forest acts as a green belt and "lung" for the French capital, has been classified as a Biosphere reserve by Unesco ever since 1998 and is - superfluous to say - the world’s bouldering mecca.

At present there are 2 active oil wells in Nonville, a small village in the south of Fontainebleau forest and just 69km from Paris, operated by the company Bridgeoil which now plans to drill 10 more oil wells and to expand its oil platform. Environnement Bocage Gâtinais states that "the setting up of derricks (up to 36 m high) and oil pipelines in this landscape would go hand in hand with an alarming increase in the dangerous transport of tanker trucks within a 45 km radius : a local catastrophe and a regional threat to our health and our environment."

Possibly even more importantly, "The granted oil concession overlaps with a drinking water catchment zone (Villeron and Villemer fields) that is mostly controlled by the local water board "Eau de Paris". This water table that supplies 300 000 inhabitants of Paris city and Villemer with water is severely threatened by the drilling for oil." It is worth noting that the local water board Eau de Paris voted against a similar project in 2019.

Due to the delicate nature of this issue the request for a work application is subject to a public inquiry, that is currently taking place, until October 19,  2020. Environnement Bocage Gâtinais will present the list of signatures to the commissioner on the 19th. To find out more about the project and to sign the petition, follow this link: www.nonauxforages.org/international