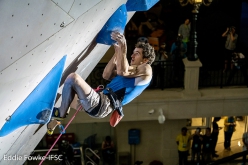 Everything to lose in Toulouse: Adam Ondra, one biggest contenders for the Summer Olympic Games Tokyo 2020, must qualify in France to keep his Olympic dream alive
Photo by Eddie Fowke / IFSC 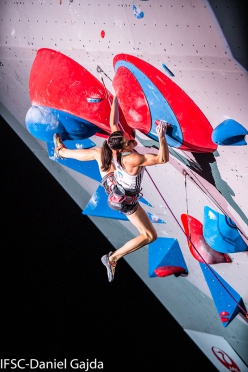 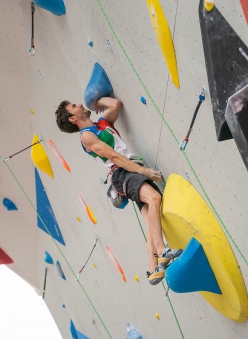 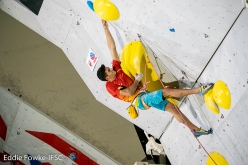 The second and decisive Olympic Qualifying Event for the Tokyo 2020 Summer Olympic Games begins today in Toulouse, France. Live streaming of the Qualification tournament starts at 11:00 with the male Combined Qualifier.

After an extremely long and in many ways gruelling competitive season, one of the most important events of the entire year begins today in Toulouse, France, namely the second Olympic Qualifying Event. This is basically the last chance for athletes to qualify for the Tokyo 2020 Olympics.

As is well known, next summer sport climbing will make its historic first appearance in the Olympic Games and, after last August’s first round at Hachioji in Japan which earned quota spaces for 8 + 8 athletes per gender, in Toulouse another 6 + 6 passes for Japan are at stake. While it’s true that at the Continental Championships there is one more place up for grabs - Moscow in March 2020 as far as Europe is concerned - chances of winning this are slim indicating that Toulouse is practically the last opportunity for athletes’ to keep their Olympic dream alive.

After a somewhat confused period during which it was not completely clear how many athletes were actually allowed to compete in Toulouse (20 or 22, no minor detail for the athletes involved), based on the Combined World Cup ranking the IFSC invited the top 22 + 22 athletes for the Combined Qualifier. The best athletes who failed to qualify in Hachioji will therefore compete using the Climbing Olympic format which includes all three disciplines, Speed, Boulder and Lead on a single day. The final ranking in France is obtained by simply multiplying the result of each single discipline. Simple as that.

Since the aim is to qualify for Tokyo no matter what, it’s interesting to note that unlike all the other competitions where it’s the final result that counts, here it’s mainly the qualification round. Considering that the best 8 will compete in the finals in Toulouse, 6 of these will likely qualify for Tokyo. Never before has a qualification round been more important.

The schedule is intense and starts today with the men's Speed competition at 11:00 am, followed by the Men’s Boulder at 13:00 and the Men’s Lead at 16:45. Women will compete at precisely the same time on Friday, while the Men’s Final takes place on Saturday evening and the Women’s Final on Sunday evening. The competitions will receive significant international coverage and will be broadcast live on the IFSC YouTube channel, visible here.

For the 44 athletes in Toulouse it’s a make or break competition. It goes without saying that all eyes will be on one of the biggest contenders for the Olympics, Adam Ondra, who somewhat surprisingly failed to qualify last August. He will battle it out against the likes of Stefano Ghisolfi, Alberto Ginés Lopez,  Bassa Mawem and Sasha Lehmann to name just a few of the extremely strong athletes fighting today to keep their Olympic dream alive.