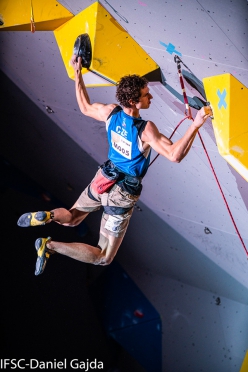 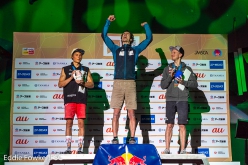 Adam Ondra, success and disaster at the 2019 Climbing World Championships in Japan

The video of Adam Ondra analysing his successes and failures at the recent Climbing World Championships held in Hachioji, Japan where the Czech climber was crowned Lead world champion but failed to qualify for the Tokyo 2020 Olympics.

What’s weighs more on Adam Ondra’s mind? Gold at the Lead World Championships in Hachioji in Japan in mid-August, or the bitter disappointment of having failed to use the first opportunity to qualify for the 2020 Tokyo Olympics? These are the mixed emotions the Czech climber deals with after having been penalised by the judges for touching a bolt on the lower section of the Combined Lead route. In his weekly video series The Road to Tokyo Ondra talks about the magnitude of these events. And concludes "The road will only be a little more complicated. But there is a good chance that I will learn a few more things. And maybe I’ll take advantage of it at the Olympics themselves."