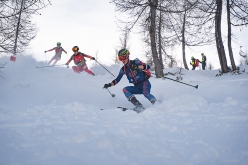 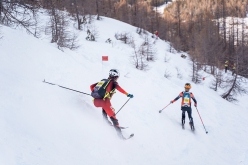 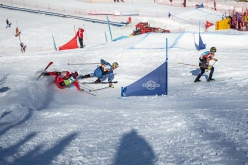 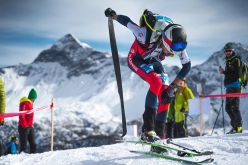 The fourth stage of the 2021/2022 Ski Mountaineering World Cup took place last week in Italy's Valtellina, more precisely in Valmalenco on the steep and spectacular slopes of Alpe Palù for the Individual Race on February 3 and at Caspoggio for the Sprint on 5 February.

The men's competition took place on a technical +1500m track, while women's competition dealt with 1370 meters altitude gain. The winners, once again, was the French husband and wife duo Xavier Gachet and Axelle Gachet Mollaret who, in doing so, repeated their success after winning in Morgins in Switzerland.

Gachet Mollaret took gold in 1 hour and 38 minutes, nearly a minute faster than Sweden's Tove Alexandersson and three minutes faster than France's Emily Harrop, second and third respectively. This is Gachet Mollaret fourth Individual victory in a row and this season she is simply unbeatable. In the men's comp Xavier Gachet stopped the clock after 1 hour and 36 minutes, beating Matteo Eydallin who had crossed the finish line first but was relegated to second place due to a penalty - this is the second time this has happened to the Italian this season. Michele Boscacci placed third, just seven seconds behind Eydallin.

The Sprint competition, on a much steeper course than the previous races, was won by Emily Harrop and Switzerland's Oriol Cardona Coll. Harrop stopped the clock after 3:10, almost 7 seconds ahead of Tove Alexandersson who had lost a ski stick during the ascent, and about 9 seconds ahead of talented Italian Mara Martini. The fastest male athlete on the +80 m course was Cardona Coll who sprinted to the finishing line in 2:57, almost two seconds ahead of Switzerland's Arno Lietha and Norway's Hans-Inge Klette, second and third respectively.

It's worth noting that the 2022 European Ski Mountaineering Championships start tomorrow morning in Boí Taüll in the Spanish Pyrenees, with the Sprint race commencing at 09:00. The competiton will be broadcast in live streaming as of 12:20 with the quarter finals.