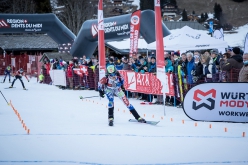 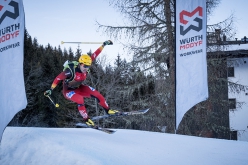 Ski Mountainering World Cup: the Sprint race at Morgins in Switzerland on 27/01/2022
Photo by Maurizio Torri 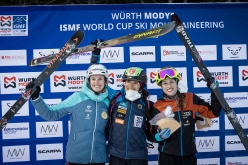 2. Emily Harrop 1. Marianna Jagercikova 3. Giulia Murada, the Sprint of the Ski Mountainering World Cup at Morgins in Switzerland on 27/01/2022
Photo by Maurizio Torri 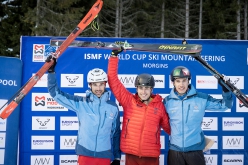 The slopes at Morgins in Switzerland are currently hosting the Ski Mountaineering World Cup and yesterday saw 150 atletes battle it out in the second Sprint race of the season. After the December debut at Ponte di Legno, Italy, won by Switzerland's Arno Lietha and France's Emily Harrop, this time round the first to cross the finishing line were Marianna Jagercikova from Slovakia and Oriol Cardona Coll from Spain.

Today the athletes will rest and train on the track of the Individual race, scheduled to take place tomorrow Saturday 29 January.