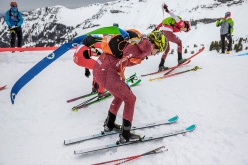 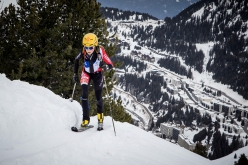 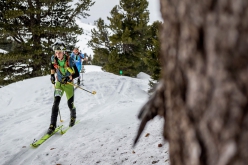 Last weekend Axelle Gachet-Mollaret and Matteo Eydallin won the Individual category of the third stage of the 2020/2021 Ski Mountaineering World Cup in Flaine, France. The Sprint event was won by Marianne Fatton and Oriol Cardona Coll.

The slopes of Flaine in France hosted the third stage of the Ski Mountaineering World Cup last weekend with the Individual on Friday morning and, just 24 hours later, the Sprint.

Not fazed easily, on Saturday morning Fatton proved why she is considered the Sprint specialist by beating Ana Alonso Rodriduez from Spain and her teammate Marta Garcia Farres, second and third respectively. In the men's race, the 70 meters altitude difference were covered fastest, for his second career win, by Oriol Cardona Coll from Spain ahead of Daniel Zugg and Thibault Anselmet, second and third respectively.