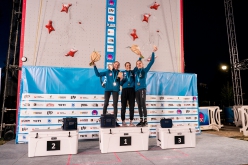 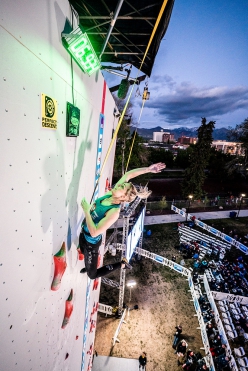 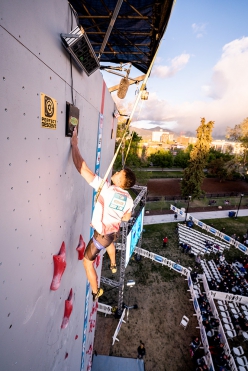 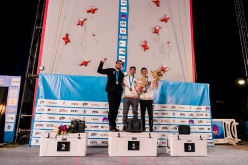 The second stage of the Speed World Cup 2022 was won yesterday at Salt Lake City by Aleksandra Miroslaw from Poland and Kiromal Katibin from Indonesia.

Poland and Indonesia continue to dominate the Speed World Cup which, following the season opener in Seoul two weeks ago, has now moved the USA for two back-to-back competitions at Salt Lake City. The first US encounter was won by Aleksandra Miroslaw who, beating her teammate Aleksandra Kalucka, claimed her second consecutive gold this season and seventh in her illustrious career. The all-Polish podium was completed by Kalucka's twin sister and current women’s Speed world champion Natalia Kalucka, who managed to beat home favourite Emma Hunt in one of the closest races of the night: 7.52 for the Polish climber, 7.58 for Hunt.

Katibin claimed gold with 5.64 seconds in the final while the surprise of the night, Noah Bratschi of the United States of America, fell midway through his ascent and settled for an excellent silver medal. A fall proved fatal for Italy's Ludovico Fossali who slipped in the small final and finished 4th, while Veddriq Leonardo claimed bronze.

Action continues in SLC with the Boulder World Cup qualifications today, followed tomorrow by the Semifinals and Finals.

20.05.2022
Two IFSC World Cups cancelled in China due to pandemic
The International Federation of Sport Climbing (IFSC) has announced the cancellation of two World Cups that were scheduled this autumn in Wujiang (Lead & Speed) and Chongqing (Lead & Boulder) due to concerns over the COVID-19 pandemic.