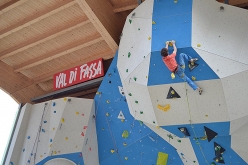 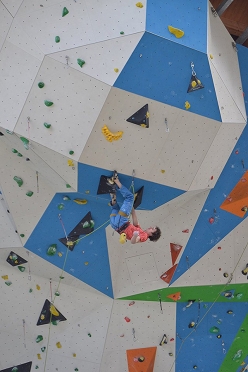 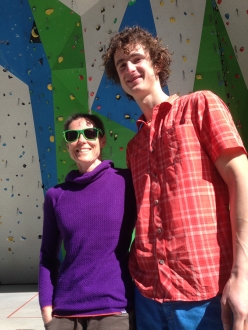 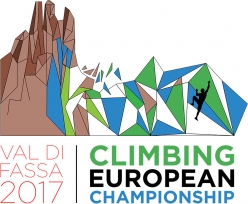 Czech climber Adam Ondra checked out the ADEL climbing wall which from 29 June to 1 July 2017 will host the European Climbing Championship.

Ondra successfully tested a spectacular 8ct on the ADEL wall where the Czech and many more climbing superstars will prove their skills in a little more than a month time.

The Val di Fassa Climbing center is located in the town of Campitello di Fassa, at the foot of majestic Dolomites in Trentino region. Indoor plus outdoor walls are for anyone and available any season for trainings and sport events. It was established in 1998, it has grown year after year and now it's ready for the international glory. The venue will house the Junior Cup next 20 and 21 May and several national teams will soon visit Val di Fassa, as Ondra did, in order to become more familiar with the ADEL wall. Austria, Slovenia and Italy will be in Val di Fassa in the next days and Polish superstar Edyta Ropek also booked her spot from 23 to 28 May.