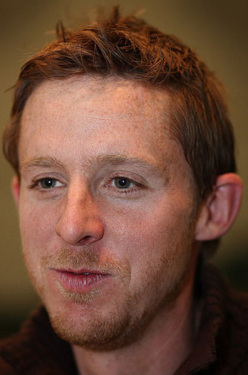 Tommy Caldwell and the Dawn Wall on El Capitan

Video profile of Tommy Caldwell, one of America's most accomplished rock climbers, on The Dawn Wall, El Capitan, Yosemite USA.

After starting climbing with his father aged 3, Tommy Caldwell served a sports climbing apprenticeship that peaked with impressive first ascents which included routes such as Kryptonite (5.14c/d) and Flex Luthor (5.15a), and this outstanding fitness paved the way for Caldwell's greatest love: the biggest walls on this planet.

The decade-long list of Caldwell's hard big climbs is a long one and sweeps all the way down to Patagonia (with the first free ascent of Linea di Eleganza on Fitz Roy) and back up to Canada (The Shining on Mount Louis) but the American has been drawn above all to El Capitan in Yosemite where he set about freeing one old aid routes after the next (eg Dihedral Wall), in between impressive repeats (eg. a free ascent of The Nose) and fast linkups (read The Nose & Freerider in a day in 2005 and El Capitan, Half Dome and Mount Watkins in 24 hours last year).

While these are all no doubt impressive, they pale in comparison with Caldwell's latest ambitious project, the Dawn Wall. Five years of effort have gone into this El Capitan testpiece (often in excellent company, such as Kevin Jorgeson and Jonathan Siegrist) and since we've reported extensively about efforts and progress during the spring and autumn seasons, we thought we'd share this latest video which offers key insight into the extreme difficulties of what he describes as "the blankest, most continuously steep granite wall of its size in North America." Enough said.