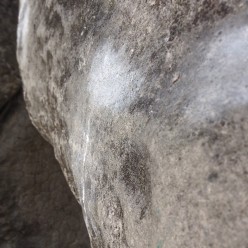 Finnish boulderer Nalle Hukkataival has reclimbed l’Alchemiste, the superb boulder problem first climbed in 1997 by Marc Le Menestrel and unrepeated since the crux holds had been hammered off.

Making the most of what he he describes as “one of those special days”, Finnish boulderer Nalle Hukkataival has made the second ascent of l’Alchemiste, the superb boulder problem at Fontainebleau first climbed by Marc Le Menestrel back in 1997. Graded 8A+/8B and possibly the hardest problem in the forest at the time, just days after the ascent the crux holds were mysteriously hammered off and the problem remained unrepeated - and one of the aerea’s best known projects - since then.

Hukkataival unlocked the sequence in March 2014, stating that “there is no more speculating whether it's possible or not” but for the ascent remained outstanding. Cooler conditions finally came around this March and after a “real battle”, Hukkataival finally sent the line. Although a grade has not been put forward as yet, there can be no doubt about the problem’s difficulty and quality.